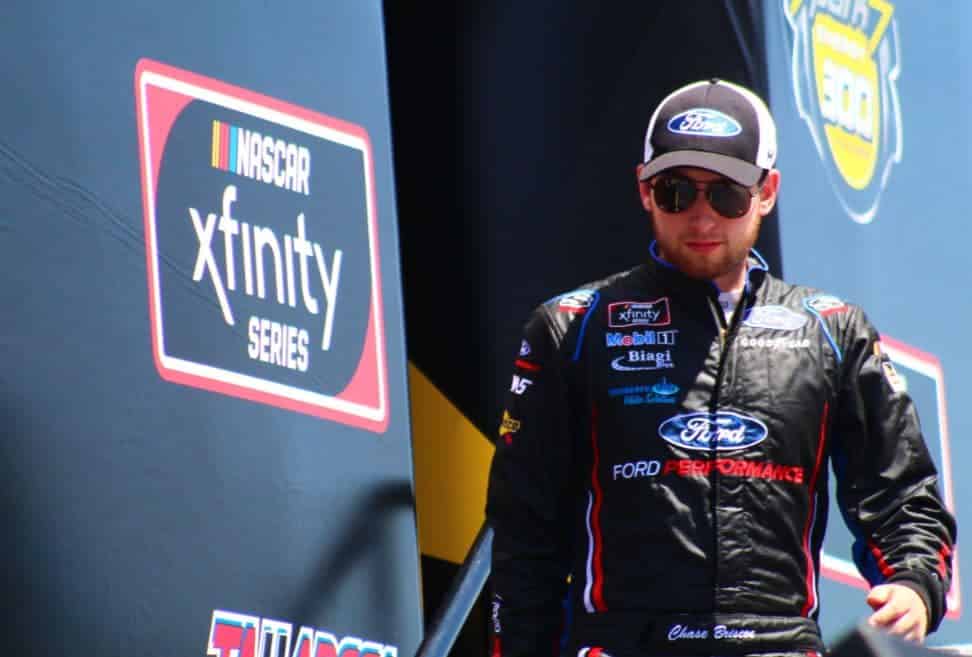 The last two races have been career days for two drivers. At Iowa, Ty Majeski managed to pull his first career top 10 finish and this weekend at Chicagoland, Chase Briscoe earned his. A car that is shared by three drivers can be a struggle for the whole organization. To manage to pull two straight career days for two different drivers is an impressive feat.

Briscoe started the race from the 15th position. He qualified 17th but two cars in front of him were forced to go to the rear. Briscoe wasn’t much of a discussion at the beginning but track position was key for the Briscoe’s career day.

The driver who got really loose in front of Briscoe was stage one winner Tyler Reddick. Instead of the bad luck facing Briscoe like it has so far this season, luck began heading their way. During the final caution of the day, Briscoe stayed out while everyone else pitted. Many thought this was insane but Briscoe did it right and it ended up being a good call.

“The yellow came out and everybody pitted and we decided to stay out because we knew we weren’t going to win the race as it was so we felt like we needed to do something,” he said. “We were pretty good with 15 lap older tires and held our own and at the end it felt like we were a top-three car. We just didn’t have track position. I am proud of the guys. It was a hot weekend and to continue to work this hard and fight this hard all weekend long shows how hard these guys work.”

Briscoe now has the next three races off in the XFINITY Series while Austin Cindric pilots the No. 60 at Daytona and New Hampshire while Majeski will drive it at Kentucky. Briscoe returns to the No. 60 at the stand-alone event at Iowa.