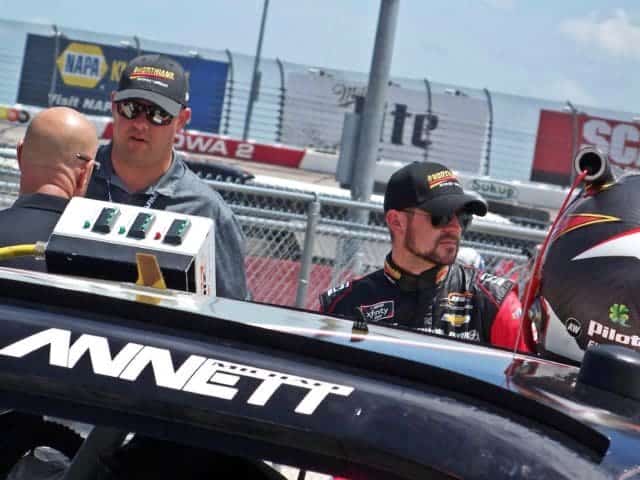 Michael Annett, Pilot Flying J and JR Motorsports announced a multi-year agreement on Friday afternoon that will have Annett returning to the organization in 2019. The announcement confirms JRM will field four full-time teams again next season in the XFINITY Series.

The Knoxville, Tennessee based-company has more than 750 locations around the United States. It’s the third year Pilot Flying J has partnered with JRM with next season being the 11th year the organization has backed Annett. Pilot Flying J has been behind Annett since 2008.

“We’ve watched our partnership with Pilot Flying J grow over the past two seasons,” said Kelley Earnhardt Miller, general manager of JR Motorsports. “This renewal gives us the ability to continue to build that relationship. Both Pilot Flying J and Michael were integral in our expansion to four full-time teams last season, and they’ll continue as such as we plan for the team’s future. They’ve made a strong commitment to JRM and this sport.”

Annett, a Des Moines, Iowa native, is currently competing in his second season with JR Motorsports. In 2017, the team earned a berth in the NASCAR XFINITY Series playoffs with Annett finishing ninth in the standings. In those two seasons, Annett has tallied one top five and seven top 1o finishes.

“JR Motorsports has been a great fit for me and I’m thankful to continue my relationship with them and my longtime sponsor Pilot Flying J,” said Annett. “I have tremendous support with the No. 5 team, my teammates and the entire staff over there. It’s very much a family atmosphere and they have everything it takes to be successful at this level.”

Additional details surrounding crew duties on the No. 5 Pilot Flying J team along with the rest of the JRM lineup for 2019 will come at a later date, per the team release.