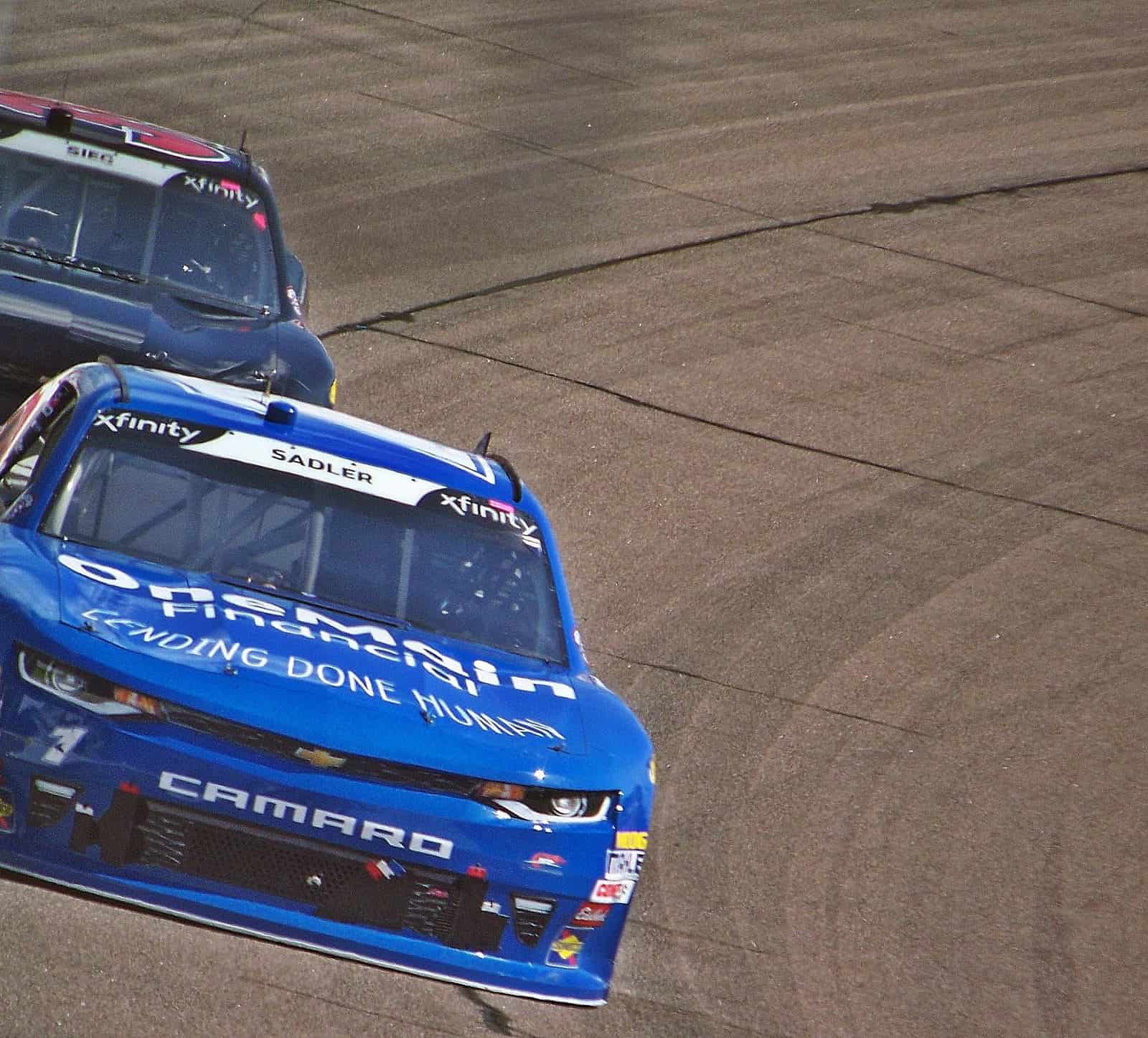 It looks like Elliott Sadler may be sponsor hunting for 2019.

The Emporia, Virginia revealed sponsor OneMain Financial will not return as a full-time sponsor in the NASCAR XFINITY Series in 2019. The sponsorship has been one of the longest-running in the series, dating back to 2005 as CitiFinancial. Along with Sadler, OneMain has also sponsored Dale Jarrett, Stephen Leicht, Matt McCall, and others under the CitiFinancial banner.

The company has sponsored Sadler as OneMain since he returned to full-time XFINITY competition in 2011. He’s tallied a total of seven victories with OneMain on board, most recently at Kentucky in 2016.

“We know we have some sponsorship to find,” Sadler told NBC before first XFINITY Series practice at Chicagoland Speedway on Friday afternoon. “We’ll try to do that. We run good enough to make that happen. I know JR (Motorsports) plans on being, four strong teams next year and they deserve to be.”

Sadler noted that OneMain Financial will possibly pick up a lesser of a schedule of what they’re doing now. The announcement comes after Apollo Global Management and Värde Partners completed their purchase of a 40.5% stake in OneMain Financial.

JR Motorsports announced earlier this afternoon (June 29th) that Pilot Flying J and Michael Annett will return to the organization in 2019. The organization also announced they will continue to be a four-car team.