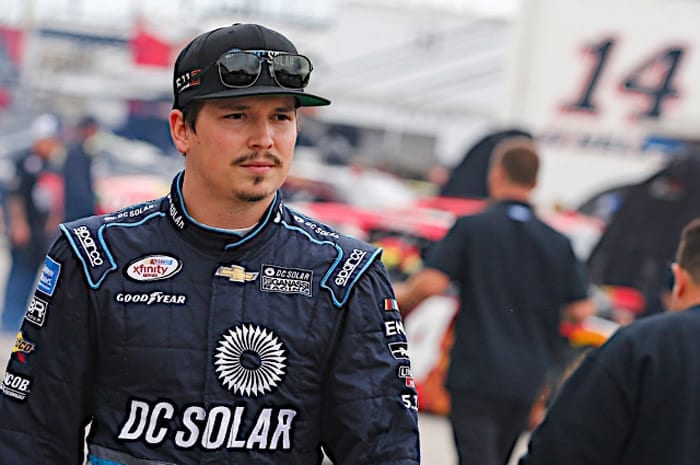 According to a complaint filed in North Carolina Superior Court (and reported by ESPN), Poole brought the DC Solar sponsorship to CGR for a half-season schedule in 2015 for $2.5 million, followed by full seasons in 2016 and 2017 for $5.2 millio and $5.5 million, respectively.

There was reportedly a clause in the contract prohibiting DC Solar from staying at CGR without Poole’s consent.

According to the initial suit, however, the sponsor did just that, remaining with CGR for the 2018 season despite Poole no longer having a ride with the organization.

“Spire unfairly, illegally and fraudulently procured the diversion and misappropriation of Brennan Poole’s primary sponsor, DC Solar, from Brennan Poole to CGR, also a client of Spire,” the complaint states.

It also claims that mismanagement by Spire thwarted a full-season deal with JR Motorsports in 2016 and prevented DC Solar from going to one of Richard Childress Racing’s Monster Energy NASCAR Cup Series teams for the 2018 season.

DC Solar has been featured multiple times on CGR Cup teams in 2018 for drivers Jamie McMurray and Kyle Larson.

CGR has not publicly responded to the suit at press time.

In both of Poole’s full-time seasons behind the wheel of the No. 48 Chevy Camaro he made the NXS playoffs, finishing eighth in 2016 and sixth in 2017. For his career, he has one pole, 31 laps led, eight top-five finishes, and 36 top-10 finishes in 83 series starts.

Poole has not driven in any XFINITY Series races this season, but he did fill in for an injured Natalie Decker in the ARCA Racing Series’ General Tire 200 at Pocono in early June, finishing eighth.