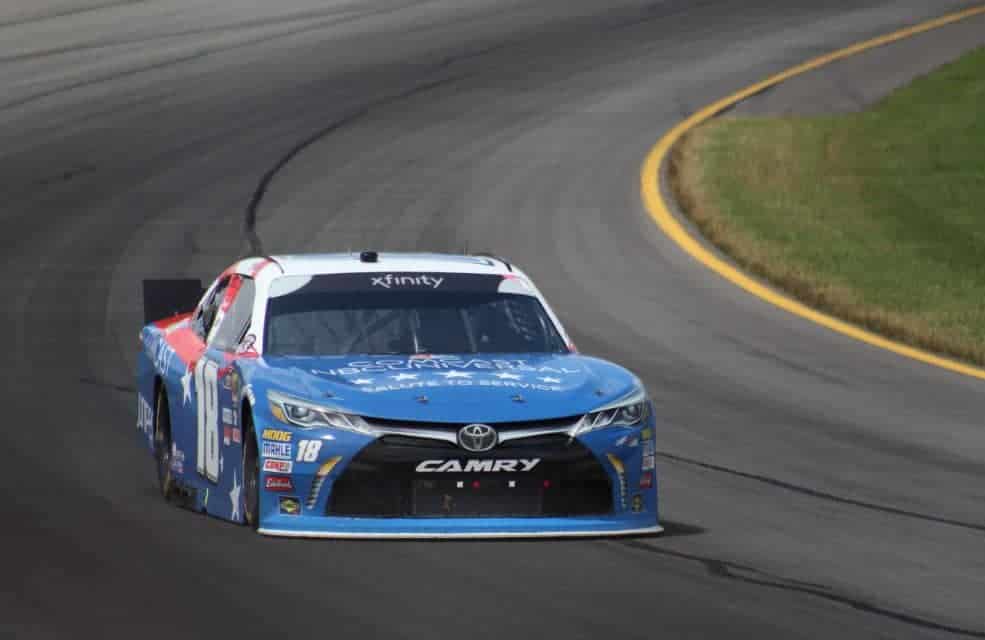 The pair of practices didn’t disappoint having three and four-wide battles, while drivers were aggressive to see what their respective cars had. At the end of each session, it was a Cup Series regular at the top of the leaderboard with Kyle Busch and Austin Dillon leading the  way.

Throughout the opening practice, there was a lot of pack racing, sometimes, four-wide. But at the conclusion of the 50-minute session, it was Pocono winnerBusch that sat atop the leaderboard (175.584 mph), running all by himself.

Cole Custer was just over one-tenth of a second off the pace, ending practice fourth on the chart (175.119 mph), while Elliott Sadler completed the top five (175.004 mph).

The No. 3 car turned 34 laps, despite putting up the hot lap early on in practice. Through much of the session, he was in the middle of three-wide action, working on drafting.

For the second consecutive practice Tifft ran the most laps (40), though being 16th on the board. 37 of 41 cars made a time.