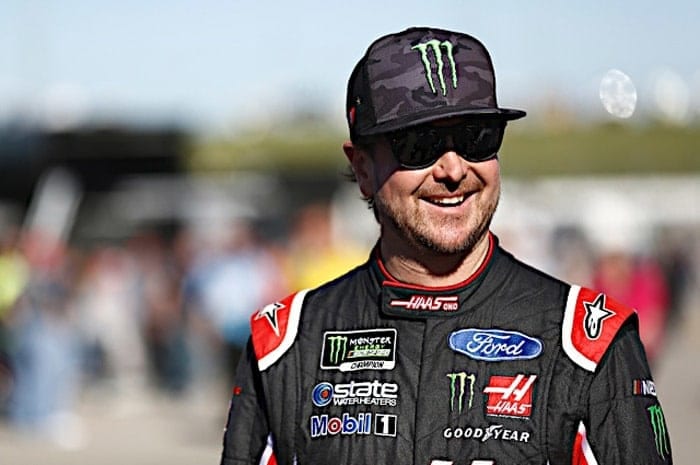 The Greatest Day in Racing began on Sunday morning with Daniel Ricciardo leading every lap of F1’s Monaco Grand Prix. Then the focus shifted over to IndyCar, as Will Power won Team Penske’s 17th Indianapolis 500. The marathon concluded with NASCAR’s endurance trials at Charlotte Motor Speedway with the Coca-Cola 600.

Kyle Busch dominated, as the driver of the No. 18 Joe Gibbs Racing Camry sat on the pole, swept all three stages, and led 377 of the 400 total laps en route to his fourth win of the 2018 season.  He’s now won at every Cup track he’s raced at.

In second was Martin Truex Jr., and Denny Hamlin made it a 1-2-3 Toyota run. Brad Keselowski was fourth in his Team Penske Ford, and Jimmie Johnson was fifth in a Hendrick Motorsports Chevrolet, his second top-5 of the season.

Though the lead up front was never really in doubt, racing for position throughout the field was pretty steady for a Charlotte race.

Kevin Harvick had a left front tire problem on lap 83 and clobbered the wall, resulting in, according to the LASTCAR blog, his first-ever last-place finish across all levels of NASCAR.  Defending race winner Austin Dillon ran into trouble early, went into the garage for repairs, and never recovered, finishing 52 laps down.

While Kyle might have four wins, older brother Kurt Busch is running pretty well, too. The No. 41’s eighth-place finish was the best of the four Stewart-Haas Racing cars, his fourth top-10 run in a row, and his seventh top-10  for the season.  He sits eighth in the standings, second among the winless behind Keselowski.

Austin Dillon’s run-in with the wall meant he finished 34th, his fifth result of 26th or worse this season, and his third finish 30th or below. He does have the Daytona 500 win, so he’s likely locked in to the playoffs, but momentum isn’t on the side of Richard Childress Racing – Ryan Newman was 35th, his fourth sub-30 finish in the last five races.

While motorsports news coverage recently has been more focused on his ex-girlfriend’s retirement, Stenhouse has had a pretty good April/May. In five of the last six races, the Mississippian has finished in the top 15, including three top-10s for the No. 17 Roush Fenway Racing Ford. That improves his average finish this season to 17.6,and puts him into a tie with Chase Elliott for the final playoff spot.

The good news? This was the third race of the season with a full field of 40 cars, with the new NY Racing No. 7, and was nearly the first race with more entries than available spots until the Rick Ware Racing No. 52 withdrew. That makes eight, potentially nine, open teams that have or will run partial schedules this season. The bad news? One of the leading stories going into to the race was former Michael Waltrip Racing co-owner Rob Kauffman’s comments on Twitter saying that part-time teams didn’t deserve to be in the Cup Series.

Speaking face-to-face is still a good way to communicate! Interesting to share perspectives. We need to work together to improve opportunities for up and coming drivers/teams. Note to @RaceTeamAllianc #worktodo https://t.co/yqL0S6adcv

Chevrolet teams ought to feel some hope after putting four Camaros into the top ten for the first time since Daytona. Both Chip Ganassi Racing cars had strong runs, and three of the four Hendrick machines looked to be capable of running up at or near the front.  At the halfway point of the regular season, five Chevy drivers are currently in playoff position.

While Team Penske had plenty to celebrate this weekend (in addition to Power’s victory at Indy, Keselowski won Saturday’s XFINITY race), and their season-long unbroken streak of top-10 runs continued, it was a rough race for the team. Joey Logano damaged the left rear of the No. 22 and matched his car number in his lowest finish of the season, and Ryan Blaney’s dreadful luck continued as the engine erupted in the No. 12 – the fifth time since Bristol things out of his control either derailed a strong run or ended his day early.

William Byron’s night ended early when the rookie was involved in an accident in the No. 24, the third time in the past four races that’s happened. Maybe they’re the HMS team that walks under ladders and past black cats this season? For a while at Hendrick that seemed to be the No. 25 team when it was running on a permanent basis. The No. 25 hasn’t run in the Cup Series since Chase Elliott drove a scheme honoring his dad Bill in the 2015 Southern 500, but it fit nicely here because this column is running on my 25th birthday.

With it being Memorial Day weekend, roughly half the vehicles were sporting special paint schemes with either a patriotic or military theme, and all the cars carried the names of fallen military personnel on their windshields. Corey Lajoie’s TriStar Motorsports No. 72 wore an olive green wrap that was simple and appropriate for the occasion.

The Monster Energy NASCAR Cup Series and XFINITY Series both go travel to the Pennsylvania mountains this weekend for the first of two races at the Tricky Triangle of Pocono Raceway, the unofficial home track of Fronstretch.

Ryan Blaney is the defending race winner, and Kyle Busch the other defending Pocono winner. My guess would be that luck would favor Busch to repeat over Blaney, and it would be very unlikely, though not impossible, that a surprise winner sneaks into Victory Lane like Chris Buescher in 2016. Denny Hamlin, Kurt Busch, Joey Logano and Martin Truex Jr. should be contenders, too.