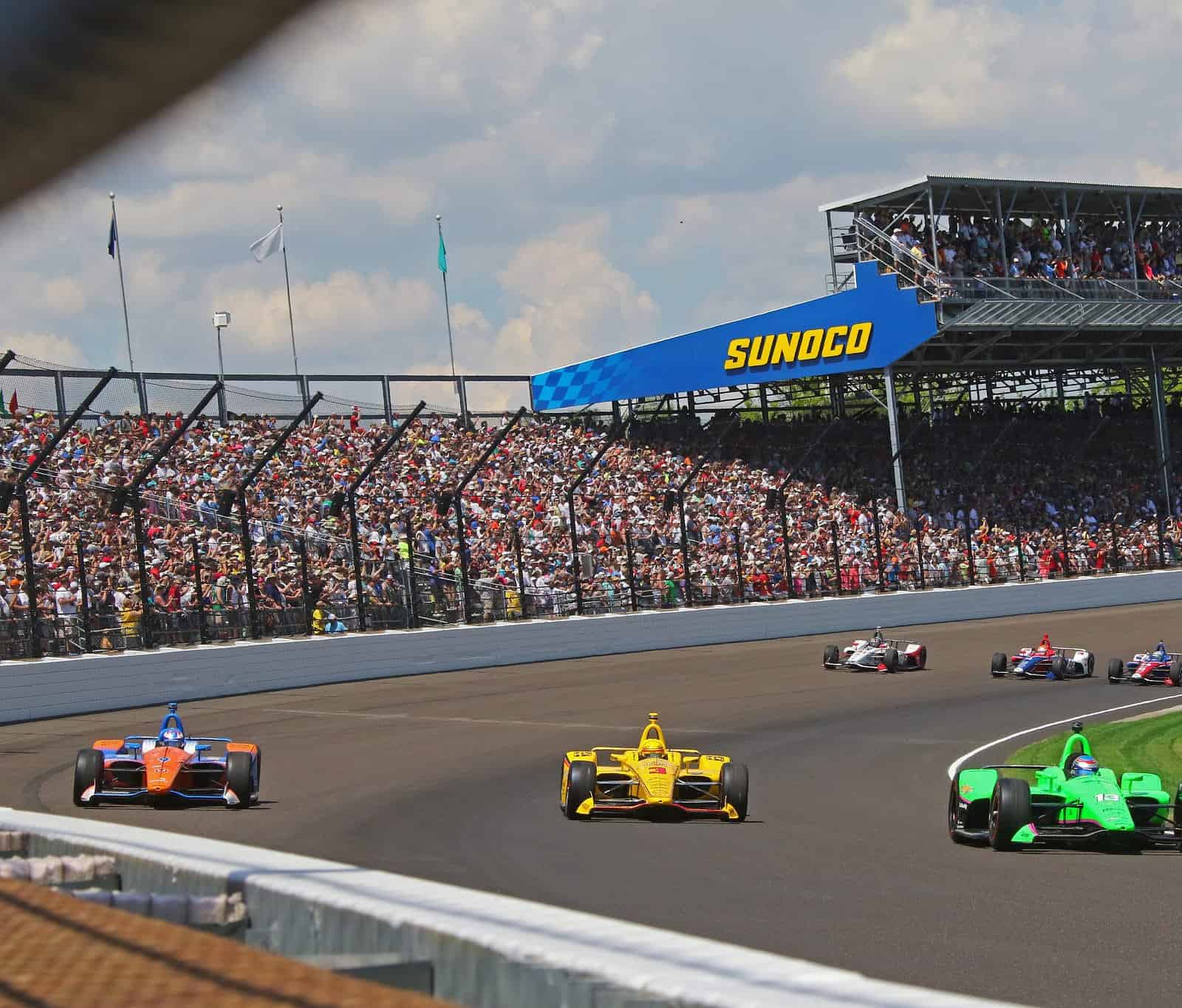 The biggest story of the offseason was the new aerodynamic package that all IndyCar Series teams would run throughout the 2018 season.

Ed Jones, Danica Patrick, Sebastien Bourdais, Helio Castroneves, Sage Karam and Tony Kanaan all spun and crashed without contact from another car during the 500-mile race. All their accidents happened on the exit of a corner, and led to the car going sideways with the driver futilely hoping to save it from hitting the wall.

Jones climbed out of his car under his own power, but was transported to a local hospital after reporting soreness and a headache. All the other drivers were OK, but the lack of grip took out a few of the series’ most prominent drivers.

“Downforce isn’t really necessarily the issue. … It seems like you had to come from a long ways back (to pass).”

Alexander Rossi believed otherwise, saying that the cars need a little bit more downforce to make the cars a bit more manageable. Ed Carpenter, who started from the pole, also said the cars need some slight adjustments, but liked the difficulty of driving the cars on the 2.5-mile oval.

“Track position was everything that we thought it was gonna be,” Carpenter said. “We couldn’t quite get it back from them. … It was really hard to pass anybody if they had clean air in front of them. I liked the way it drives; it’s definitely challenging to the driver. I like it when it’s hot because it makes things even more difficult … for this new kit, its performed so well this year.”

Having former champions lose the car was concerning to other drivers during the race. But Will Power, Sunday’s hero, didn’t worry about what was transpiring elsewhere on the track.

“I was very determined, and I knew I needed to get a run on these guys,” he said. “I didn’t want Carpenter to get on a run on me. … (Passing) was definitely hard in dirty air. It was a little bit loose in dirty air.”

Since track position and grip were king from start to finish, IndyCar could look at potential tweaks to the package to prevent cars from getting too light in the rear and resulting in accidents. Safety-wise it would be smart to give the drivers a little more downforce, but it could negatively affect the entertainment aspect of the event.