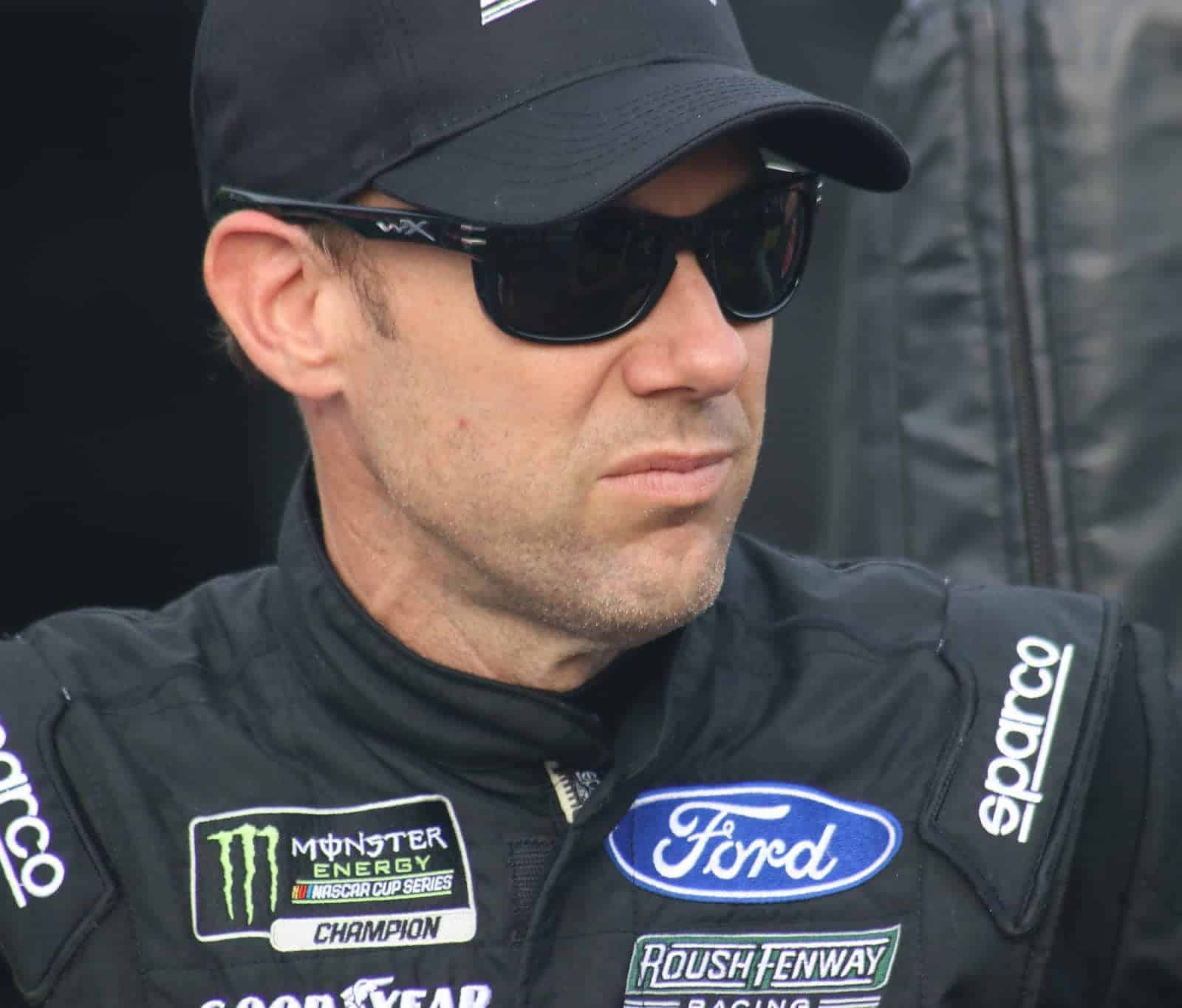 NASCAR’s All-Star Race is quite a spectacle. Even the qualifying session adds excitement with a pit stop in the middle of a three-lap run.  Some teams tried changing left-side tires first, and it was a bit faster, there was no pit road speed limit but penalties were handed out for mistakes like loose lugnuts.

Oh, and just for fun, teams are running a radically different aerodynamic package and had virtually no practice after rain fell on Charlotte Motor Speedway for most of the afternoon.

Times got faster as the session went on, and when the dust cleared, it was Matt Kenseth who stood atop the heap claiming the pole for the Saturday night special with an average lap speed of 126.915 MPH, including the pit stop. It is all Roush Fenway on the front row as Ricky Stenhouse Jr. claimed the second spot with a speed of 126.427. Both the No. 6 and the No. 17 teams changed the left-side tires first on their stops, a strategy that would not work during a race but which bought them a few tenths of a second. Kenseth, making just his second start of 2018 after missing the early part of the season while without a ride, didn’t miss a beat with his pit road entry, and the No. 6 crew led by Matt Puccia took it from there.  It’s Kenseth’s third All-Star pole.

Clint Bowyer, Kevin Harvick and Martin Truex Jr. round out the top 5.

Jimmie Johnson had the unenviable position of going first, and perhaps as a result of the above, ran a bit more conservatively than those who came after, making him the slowest among the drivers who didn’t have any penalties on pit road at two minutes 11 seconds, the slowest time of any driver who did not incur a penalty, and starts 11th as a result.

Jamie McMurray, Ryan Newman, Denny Hamlin, Kurt Busch, Kyle Larson (who had the fastest pit road entrance of the night but slid through his box) and Kasey Kahne complete the guaranteed field of 17.  The three stage winners from the Open and the fan vote winner will complete the field and start at the rear.

Aric Almirola will start on the pole for the Open based on owner points after that qualifying session was rained out, with Erik Jones, Alex Bowman, Chase Elliott and Paul Menard round out the top 5 in that field of 21 who will make a last-ditch attempt to race for the million-dollar prize Saturday night.