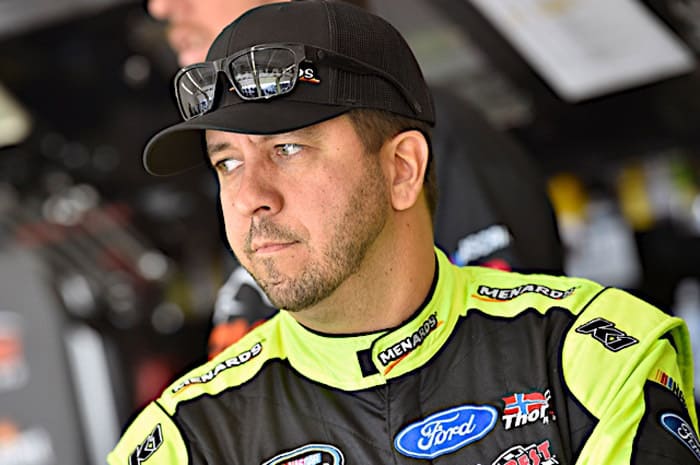 Matt Crafton led the way in the sole NASCAR Camping World Truck Series on Friday (May 11). When mother nature intervened with heavy thunderstorms early in the morning, NASCAR was forced to cancel the first session. During the lone practice, Crafton turned a 177.626 mph lap putting his Ford on the top of the speed charts.

32 of the 33 trucks entered turned a lap during the session with the No. 1 of Camden Murphy the sole driver who didn’t practice. Bo LeMastus, who finished the session in 16th, turned the most laps at 39 while Joe Nemechek turned the least at one. Of the 32 trucks, Robby Lyons turned a 159.147 mph lap, the slowest of the session.