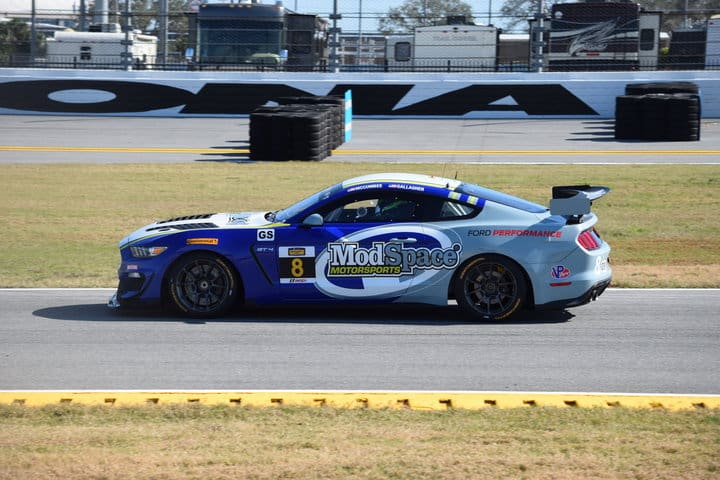 Ramsey Racing’s Alex Premat slowed down from his pace in Practice No. 3.  However, he turned in the second best time in the closing seconds of the session, nearly three-tenths of a second off of McCumbee.  Compass Racing’s Paul Holton will start third in the No. 76 McLaren, followed by Russell Ward in the No. 33 Winward Racing/HTP Motorsport Techmet Mercedes.  Chase Briscoe will start fifth in the second Multimatic Ford.

In TCR, Compass Racing’s Britt Casey Jr. claimed the class pole with a lap of 89.652 seconds (90.671 mph), good enough for 16th overall.  Casey’s Audi RS3 LMS Club Sport was nearly six-tenths of a second faster than JDC-Miller MotorSports’ Michael Johnson, who is making his season debut after crashing at the Roar Before the 24 and suffering a broken leg.  Rodrigo Sales will start third in class, followed by Luke Rumberg in the lone Volkswagen.

BimmerWorld Racing’s Nick Galante won the Street Tuner class pole with a lap of 94.309 seconds (86.193 mph), good for 31st overall.  Galante was eight-tenths of a second faster than MINI JCW Team’s Nate Norenberg.  Mike LaMarra will start the No. 73 MINI in third.