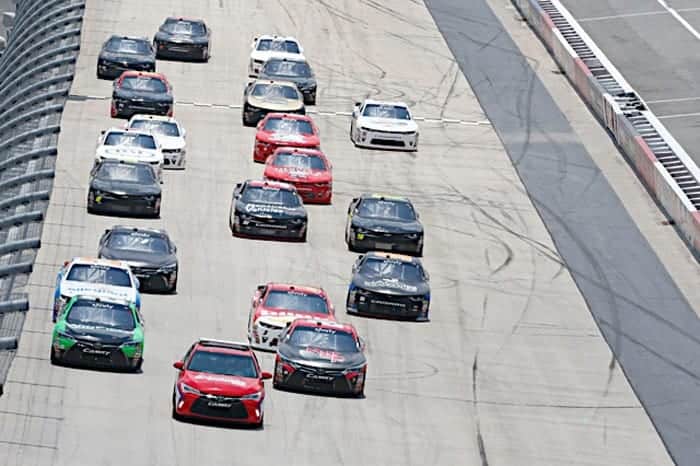 Dover International Speedway hosts the fourth and final edition of the XFINITY Dash 4 Cash this Saturday.  As a result, Monster Energy NASCAR Cup Series regulars are once again not allowed to compete.

41 teams are currently entered in the OneMain Financial 200, meaning that one team will have to go home without the pleasure of racing.  They would have to stick around for the race since Dover doesn’t have a tunnel to get out of the track, though.

As is the norm, there are quite a few driver changes.  Jeb Burton is back in Richard Childress Racing’s No. 3 Chevrolet, replacing Shane Lee.  State Water Heaters will serve as the primary sponsor.

Ray Black Jr. is currently listed in the No. 8 Chevrolet for BJ McLeod Motorsports, replacing Tommy Joe Martins.  Sponsorship will be provided by Scubalife and Zomongo.  After running full-time last year, Saturday would be Black’s first XFINITY Series start of the season.  He attempted the season opener at Daytona in a third entry for BJ McLeod Motorsports, but failed to qualify.

Brandon Brown is back in the DGM Motorsports No. 90 for his second start of the season, replacing Josh Williams.  Brown finished a career-best 18th at Richmond.

MBM Motorsports has expanded to three cars for the weekend.  The No. 13 is entered for the first time this year with Timmy Hill sliding over from the No. 66 to drive.  Team owner Carl Long will make his season debut in the No. 66, while Chad Finchum will continue in the No. 40.