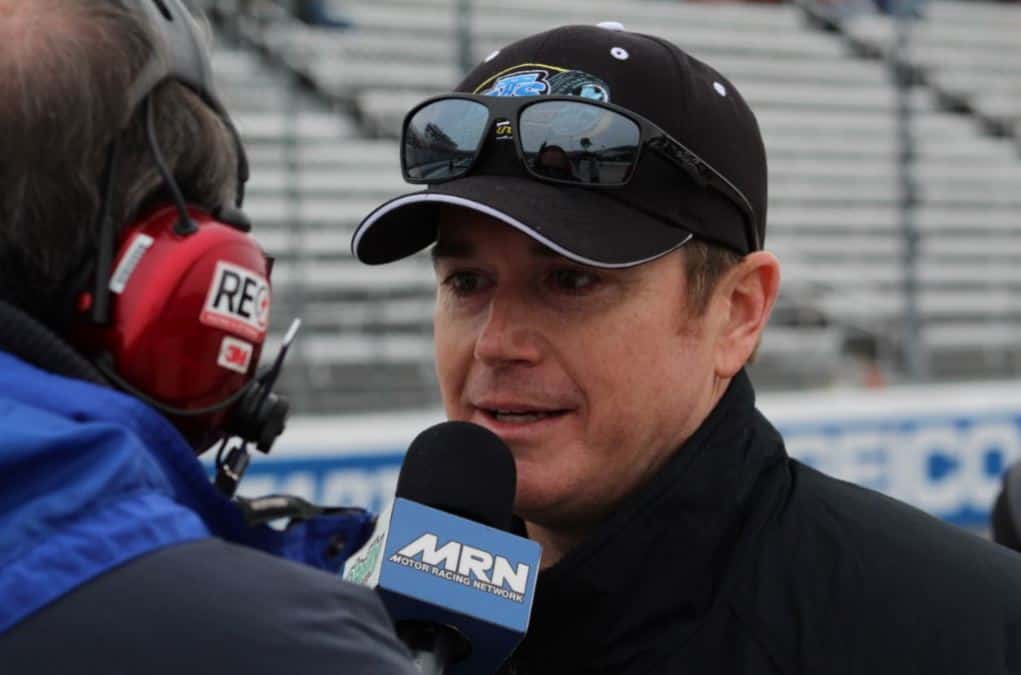 Timothy Peters certainly would have some thoughts on the Trucks schedule (Photo: Zach Catanzareti)

The schedule is still inherently broken

Despite the changes NASCAR has made to the schedule, giving us three Camping World Truck Series races before Martinsville Speedway, the long breaks early in the season are still a major problem that needs addressing. After opening the season with three-straight races at Daytona, Atlanta and Las Vegas, the series took a couple weeks off before heading to Martinsville. But now that the short track race is finished, the series will sit quietly until the first weekend in May.

This weekend marks the first of five straight when the trucks will sit dormant, and it’s not an ideal situation for anyone. It’s a move that serves to hurt the momentum for teams and drivers while also removing the series from fans’ minds. In a series that is increasingly dependent on sponsorship and just trying to cover the costs that come with running the season, these long breaks don’t serve as a way to appeal to the people who sign the checks, at least not as well as they could be.

Don’t believe me? You only have to look as far as Red Horse Racing and Brad Keselowski Racing, both of which were victims of a lack of funding by the time the end of the 2017 season rolled around.

But the problem that remains is: how it can be fixed? In a perfect world, NASCAR would add a few more races to the schedule, but that would increase costs for teams in the short term before potential sponsors realized the benefits of more exposure.

On the other side, an idea that’s been thrown around is to start the season later than the XFINITY and Cup series do. While that would certainly help to alleviate the number of open weekends without adding more events, it would likely make the Truck Series more of an afterthought if the schedule began with the Martinsville weekend, for example.

Pretty much, the sanctioning body is caught between a rock and a hard place. Beginning and ending the season alongside the Cup and XFINITY series seems like the right thing to do, but adding more events to the schedule could end up squeezing out teams that are already struggling to make ends meet each week. But something has to be done to shake up the number of off weekends teams endure through the first four months of the season.

Just a few races into the 2017 season, Timothy Peters and teammate Brett Moffitt almost literally had the rug pulled from beneath them when Red Horse Racing shut its doors unexpectedly. The move sidelined both drivers for the foreseeable future, though Moffitt recovered rather nicely with a full-time ride at Hattori Racing Enterprises. On the other side, Peters was left to cherry pick a couple races throughout the remainder of 2017 with MDM Motorsports and Young’s Motorsports.

Enter Ricky Benton Racing and a Martinsville partnership that was met with great enthusiasm.

“It’s awesome to be going to Martinsville with Ricky and this group of guys,” Peters said in a team release. “I’ve known Ricky for a long time. I’ve raced with them in late models and then trucks and they are true racers. (Crew chief) Mike Hester knows Martinsville, as their finishes have proven, and it is one of my favorite places to race and a track where I have a lot of experience.”

Knowing Peters’ history at the track and that RBR tends to be more competitive with the rest of the field at the superspeedways and short tracks, the weekend brought high hopes for a solid performance. And while it was a quiet one, Peters delivered. He qualified 16th, stayed out of trouble and ultimately settled in for a seventh-place finish, proving he still has what it takes to compete, despite the downtime.

While there aren’t any current plans for more Truck Series races, Peters did say before the race that if he ran well, there was potential for future events with the organization. It’s definitely a partnership that’s worth keeping an eye on.

The future of NASCAR continues to shine brightly

The Monster Energy NASCAR Cup Series is full of incredible talent that’s made its way to the top level of NASCAR in recent years. Drivers like William Byron, Chase Elliott, Erik Jones and Alex Bowman — to name a few — indicate that the future of the sport is in good hands as the stars that led the sport for so many years begin to walk away (see: Jeff Gordon, Tony Stewart, Dale Earnhardt Jr.). But perhaps what’s more important to note is that the drivers in the pipelines in the XFINITY and Truck series continue to impress.

Defending Truck Series champion Christopher Bell already took the logical next step in his career, and that’s left room for others to shine in his absence. Specifically, at Martinsville, Kyle Benjamin made his Truck Series debut, and what a debut it was. Driving for a new team in DGR-CROSLEY, Benjamin put his team squarely in the spotlight, leading 74 laps en route to an eventual runner-up finish.

And he wasn’t the only one to shine at Martinsville. Though the result doesn’t match how he ran, Todd Gilliland put on one heck of a show on Monday. After an engine change already relinquished him to start in the back of the field, he posted the fastest lap in the first round of qualifying on Saturday. Fast forward to the race and he backed that up, working his way through the field, with a little help from pit strategy. He tracked Benjamin for quite a few laps and even looked like he had a shot to win the race until a late series of cautions tightened up the field. Sure a 14th-place finish isn’t all that exciting to talk about, but sometimes the results don’t match what went on throughout the race.

Meanwhile, Gilliland finds himself surrounded by incredible talent at Kyle Busch Motorsports. Consider for a moment that the average age of the trio of drivers running for the organization at Martinsville was just under 18 years old. Harrison Burton and Noah Gragson have each already shown promise this season as well.

With that said, the KBM stable is far from the only one with talent behind the wheel. You only have to look as far back as the driver tied for sixth in the standings right now, despite a disappointing Martinsville. Stewart Friesen has shown he has what it takes to be successful in the series, especially since partnering with GMS Racing late last season. Despite crashing out of the season opener at Daytona and suffering significant damage at Martinsville, Friesen has posted finishes of sixth and fifth at Atlanta.

Additionally, he’s started in the top 10 in every race this season. Many even pointed at the No. 52 Chevrolet as a driver to watch at Martinsville until early trouble took him out of contention.

Of course, there is plenty of other talents currently developing in the Truck Series that will likely have a promising future.

No disrespect is meant to drivers like Dalton Sargeant, Ben Rhodes, Grant Enfinger and others that didn’t make this section. They just need time to make it there.