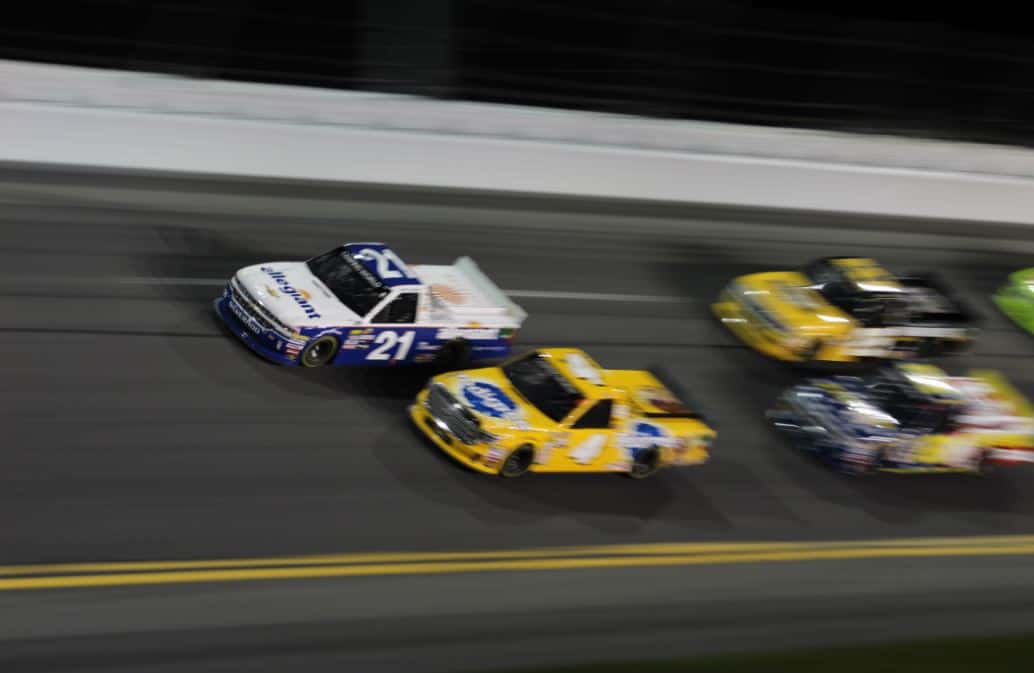 When the checkered flag flew to conclude the NASCAR Camping World Truck Series season-opener at Daytona International Speedway, FDNY Racing’s tenure in the series ended. The team, formerly known as Jim Rosenblum Racing, fielded cars from 1983 – 1993 in the Monster Energy NASCAR Cup Series before shutting down those teams due to rising costs.

Owner Jim Rosenblum fielded a truck beginning in 1995 for Kerry Teague and was one of just two owners remaining from that inaugural season for the series. Though the organization never posted a top-10 finish, a top result of 12th came in Phoenix in 1996. Of course, the team’s impact was felt in far better places as much of the purse money was donated to 9/11 charities.

The loss of any team in the series is disappointing, at best, but this one stings a little more. After all, Rosenblum has been involved in NASCAR ownership since 1983 and has been around since the beginning of the Truck Series, albeit on a part-time basis. Bryan Dauzat, who piloted the No. 28 Chevrolet last weekend, was caught up in the final crash of the night and finished 18th, one lap down.

Did you know that Johnny Sauter is the only driver in Truck Series history to win the season-opener at Daytona and the championship in the same season? He accomplished the feat in 2016, and looks ready to repeat it again this year after a late-race pass on David Gilliland that put him out front for the final nine circuits.

Interestingly enough, the driver of the No. 21 Chevrolet is also the most recent driver to win back-to-back races to open the season, and you’d have to turn back the clock to 2013 to find it. Sauter, who was still competing for ThorSport Racing at the time, led 17 laps apiece at both Daytona and the second race of the season, which happened to be Martinsville. Despite leading the points for the first three races that year, he ended up fourth in the final standings behind then-teammate Matt Crafton.

Fast forward to this year and GMS Racing brings itself to the fore once again. With four teams on the track, there’s plenty of opportunity for information sharing, which bodes well for all of the organization’s driver, including the experienced veteran in Sauter. And while he finished runner-up in the championship standings to Christopher Bell, it’s important to note that it was his most successful season in the series thus far, with four wins, 13 top fives and 19 top 10s in 23 races.

3. There’s Hope in the Truck Counts

Last weekend at Daytona, four trucks were sent home after qualifying, and this weekend in Atlanta, two will be left out of the race. And while those numbers still aren’t all that promising if you compare them to the former fields of 36 that started each race in recent years, it’s a sign of hope.

After all, the Truck Series lost two of the larger teams last season – Red Horse Racing in May and Brad Keselowski Racing at the end of the year. Couple that with the slow release of news and 2018 plans, things were looking mighty dismal for the series that puts on arguably some of the best racing across all of NASCAR.

But back-to-back weeks that see more entries than there are starting positions is a glimmer of hope in an otherwise questionable future. It’s likely that Las Vegas will see a short field simply because of the cost involved in taking the teams out west, and it’s way too soon to say everything is all unicorns and rainbows when it comes to the health of the series. However, the fact is that right now it’s two-for-two in having more entries than there are starting positions, which is something the series sorely needs.

While last weekend’s race at Daytona was officially the season-opener, the 2.5-mile superspeedway is a different beast than the majority of the schedule, which is largely made up of intermediate tracks. Sure, the race still counts when it comes to the point standings and you can bet those teams that got caught up in one of the seven cautions would argue that the cost of the damaged equipment is real.

The bottom line is that this weekend is when we’ll start to get an idea of which teams have the equipment – and the driver – to find success this season. It shouldn’t come as a surprise to see Kyle Busch Motorsports and GMS Racing excel. After all, both organizations had quite a 2017 season, and it’s not likely they’ll step back this year.

Perhaps what’s more important to keep an eye on, though, is ThorSport Racing. Once again, the organization is fielding four full-time trucks, though the only change to the driver lineup is Myatt Snider in for Cody Coughlin, who made the leap to GMS. The stability behind the wheel can only be a good thing considering ThorSport switched manufacturers to Ford after spending 2012 – 2017 with Toyota. Of course, that means it’s easy to expect there will be growing pains as the organization familiarizes itself with the new equipment.

And that’s not even taking into account the rookies who have something to prove and the new teams trying to find their footing in the series. The point is that this weekend is where we’ll really start to see what the teams have to offer.