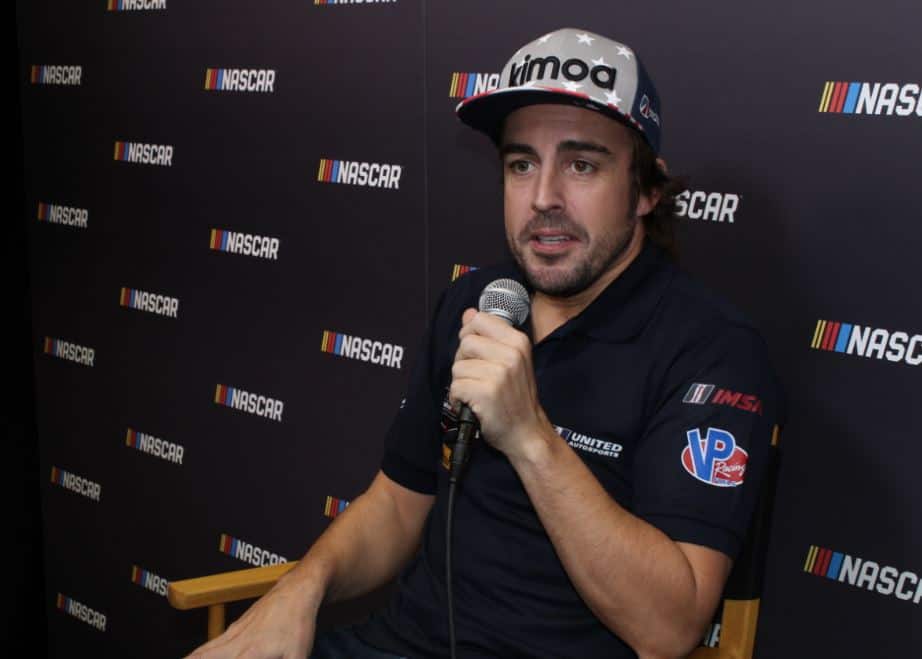 Two-time Formula 1 world champion Fernando Alonso is no stranger when it comes to trying something new. After all, he competed in the Indianapolis 500 last year and will drive in the Rolex 24 Hours of Daytona this weekend.

Alonso, 36, competes with McLaren in F1, and that is his primary job. But he’s in the U.S. to give endurance racing a try before the 2018 F1 campaign begins. He’ll race with Phil Hanson and Lando Norris in the Ligier JS P217-Gibson prototype for United Autosports.

The Spaniard’s goal is to complete the Triple Crown in his career. Having won the Monaco Grand Prix already, one of the three legs is complete. He’ll run the 24 Hours of Le Mans this year with Toyota, and if he were to win that, the only box left to check off would be an Indy 500 victory.

Alonso said he “would like to think” he’s one of the most versatile drivers of his time. Although he doesn’t have any plan to compete in NASCAR, he said it’s something he’d like to try.

“Maybe one day, I’ll try a different series and maybe even NASCAR,” he said. “Right now, it looks quite far. The technique and the experience those guys have is quite difficult to achieve at that level. … I would like maybe one day to test a car. After driving the car, I’ll know how enjoyable it will be in racing.”

He’s still adjusting to driving in a closed cockpit. It’s been a challenge for him to judge the traffic around his car and find the right racing line, compared to an F1 car.

“Especially in prototype cars, you are sitting in one of the two sides,” he said. “One of the corners — left or right — you won’t have the same vision. You have the cockpit there, and you can’t really see the corner, the apex.

“That was a big difference going into the inside cockpit, plus at night, it changed a little bit. … With experience, it will get better and better.”

Although he’s racing a larger, heavier vehicle more resemblant of a passenger car this weekend, he’s always up for a new challenge.

“I love motorsport; I love racing,” he said. “It was nice to go in the Indy 500, and I felt obviously comfortable there, and I felt competitive. From the outside, the races are great. They are all in a group, and it’s not predictable at all, until the last lap.”

As for the possibility to race a stock car? “I’ll never know until I try.”