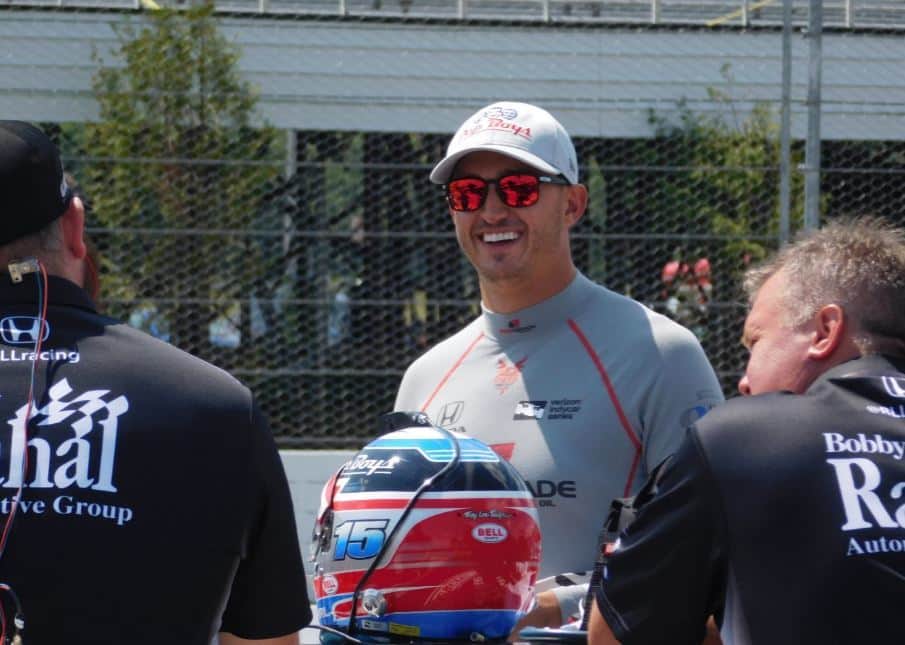 Rahal finished sixth in the IndyCar Series championship — the highest among single-car teams. Considering the way the season began for the No. 15 Honda driver, that’s an impressive result.

In the first four rounds of 2017, Rahal scored finishes of 17th, 10th, 13th and 21st. The low point of the season was the 21st-place finish at ISM Raceway, where he was involved in a wreck before completing half a lap.

Mikhail Aleshin spun in Turn 2 on the first lap of the Phoenix Grand Prix, and he took out a quarter of the field. Rahal finished dead last and sat 17th in the standings at the end of April.

However, the next two months were much stronger for RLL Racing. The organization fielded two cars at the 101st Indianapolis 500, with Oriol Servia piloting the No. 16. Rahal finished sixth in the Grand Prix of Indianapolis and 12th in the 500, where he led two laps. Servia qualified 12th but only completed 183 laps after getting caught up in a five-car accident with 17 laps to go. He finished 21st.

The dual race weekend at The Raceway at Belle Isle was the pinnacle of the season for RLL. Rahal swept both events. In race No. 1, he started from the pole and led 55 of 70 laps. The margin of victory was over six seconds ahead of Scott Dixon. In race No. 2, he qualified third and led 41 of laps. He jumped up to sixth in the championship.

After the dominating performances he put on in Detroit, Rahal kept the momentum going. He finished in the top-10 in each of the next six races. He earned a podium in the Honda Indy 200 at Mid-Ohio, where he qualified fourth. The Team Penske duo of Josef Newgarden and Will Power were dominant in the race as they finished first and second respectively. But Rahal managed to lead three laps and finish ahead of another Penske driver, Simon Pagenaud.

For the season finale at Sonoma Raceway, Rahal was one of seven drivers still mathematically in the hunt for the Astor Cup. Although it would have been a miracle if he won the title entering the race 94 points behind Newgarden, it’s still a testament to the strength RLL has and how Rahal has improved as a driver since he started IndyCar competition.

Rahal led 110 laps in 2017, which was the most of his career. He now has six career wins, and RLL will enter 2018 as arguably the strongest Honda-powered team. Takuma Sato will compete full-time with RLL in a second entry, and the goal for both Rahal and Sato should be top-five finishes in the championship. The team is capable of it because the team is as strong as ever and the universal aero kit should help even the competition.

Penske and Chip Ganassi Racing are still the cream of the crop but expect RLL to be right up there with them on any given weekend.