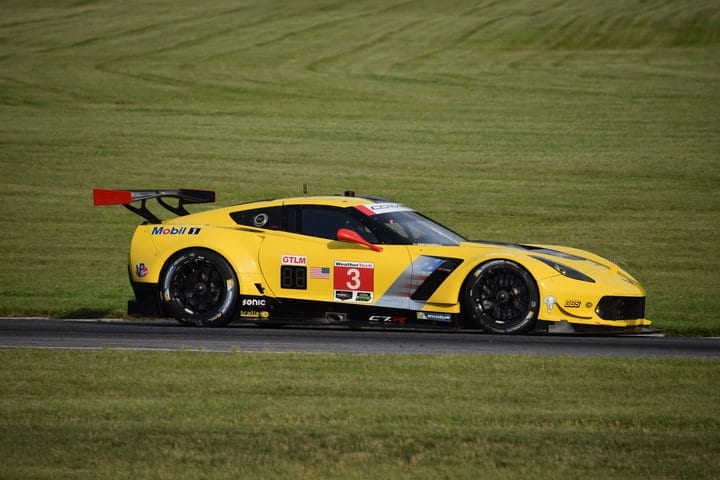 Driver lineups at many IMSA teams change on a regular basis.  That is not necessarily the case at Corvette Racing.  On Wednesday, the factory team announced that they will continue with the Antonio Garcia–Jan Magnussen pairing in No. 3 and Oliver Gavin–Tommy Milner in No. 4.  2018 will be the seventh consecutive year that these pairings will be in place.  Three of the drivers have been full-time in the factory Corvettes since at least 2011.

Magnussen is very happy to be back for another potential championship run.

“It’s always a privilege being with Corvette Racing,” Magnussen stated.  “One of the strongest and most valuable aspects of our program is the continuity we have.  It plays a massive role in the team’s success – on the engineering side, on the crew side and on the driver side.  This makes things so much easier when we all know our strengths and weaknesses.  We can work to that.  There are no unknown quantities.  To continue to be a part of this team is a great honor.  This is a fantastic group, and I’m very proud to be part of it.”

For Gavin, the longest-tenured driver in the bunch (2018 will be Gavin’s 16th straight year full-time with the team), he’s ready to get his title back.

“I’m delighted to be back with Corvette Racing and Chevrolet again for 2018,” Gavin stated.  “To partner with Tommy [Milner] again is fantastic, and being back on the No. 4 Corvette with our team is great.  We know exactly what we need to do and how to execute in order to win races.  Once for us in 2017 wasn’t enough, however.  We felt we were in the hunt a number of times but crazy, crazy things ended up happening.  It was a great year for Antonio [Garcia], Jan [Magnussen] and the No. 3 Corvette in winning the GTLM championships.  Let’s hope that for 2018 and the 20th year of Corvette Racing that both cars can have strong runs and stand on the top step at numerous races throughout the season.”

Corvette Racing has not announced their additional endurance drivers as of yet.  However, both of their recent endurance pilots (Marcel Fässler and Mike Rockenfeller) do not currently have rides in North America.  Look for the final two seats to be announced soon.