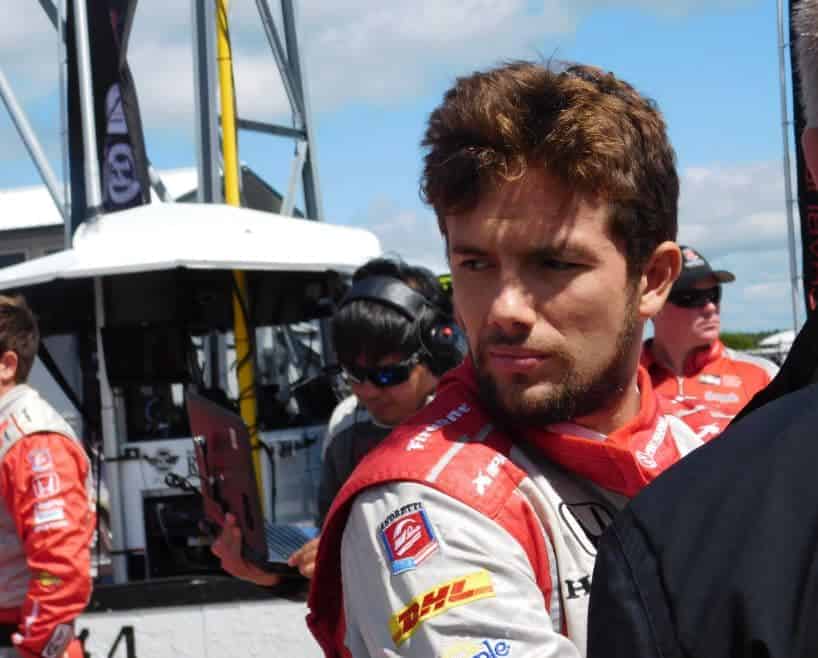 Although Carlos Munoz doesn’t have a plan in place to run the full 2018 IndyCar Series season, he’ll run the next Indianapolis 500 with his former team, Andretti Autosport.

Munoz and AJ Foyt Racing went separate ways after one season together when the 2017 campaign ended to bring in 19-year-old IndyCar rookie Matheus Leist. Leist and veteran Tony Kanaan will be Foyt’s full-time drivers.

The Colombia native was a part of Andretti’s open-wheel program from 2012 until 2016. He ran two full seasons with the team’s Indy Lights program before graduating to the status of full-time IndyCar driver in 2014.

“I am very excited to be a part of Andretti Autosport again,” Munoz said. “The team has been like family to me since Day One when I joined them five years ago to race Indy Lights. We have been so close to winning the Indy 500 – twice with the team – so I am especially excited to be back for that race, and hopefully, we will have a good result this year.”

In 2013, Munoz started and finished second in the Indy 500. It was his IndyCar debut and was crowned the Indianapolis 500 Rookie of the Year.

Two years later, he won his first (and to date, only) race at The Raceway at Belle Isle. The following year, he was the second-place driver again in the 500 behind teammate Alexander Rossi.

“We’re thrilled to have Carlos back in an Andretti car for the Indy 500,” said Andretti Autosport CEO Michael Andretti. “There is no denying that Carlos has talent at (Indianapolis Motor Speedway), he’s finished runner-up twice, and that has fueled his determination to get to victory lane.”

Munoz has 70 career IndyCar starts. When he competes in the 500 next May, he’ll be one of six drivers in an Andretti-prepared car. Rossi, Stefan Wilson, Zach Veach, Ryan Hunter-Reay and Marco Andretti will be his teammates.