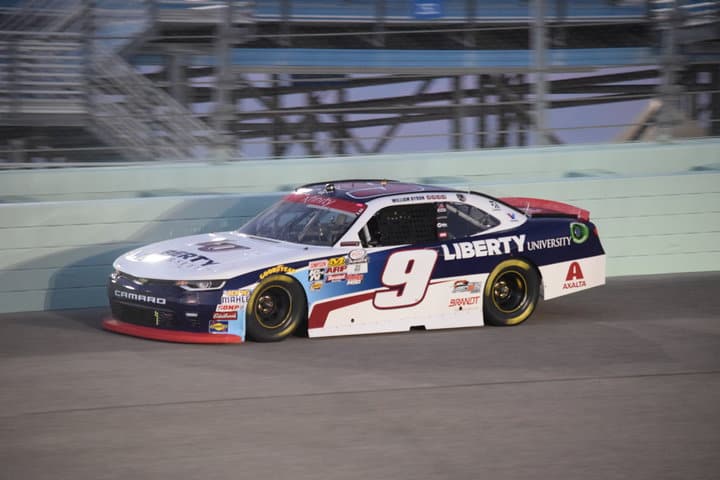 JR Motorsports’ William Byron appears to be in a very good position to have a great run on Saturday.  The XFINITY Series rookie and championship contender was fastest overall with a lap of 32.513 seconds (166.087 mph), the fastest XFINITY lap of the day.

Outside of the top 10, Justin Allgaier was 13th quickest in a session filled with long runs.  Daniel Hemric improved to 15th on the speed charts.

The session went caution-free.  Drivers ran right up against the wall for most of the session with little issue.

41 cars set times in the session.  Jeff Green and David Starr did not go out on track.  Of those that went on-track, Hornish and Reddick turned the most laps with 52.  BJ McLeod recorded the least laps completed with two laps close to the end of the session.

Of the 41 drivers that set times, 17 completed 10-lap runs in the session.  Custer was the fastest of those drivers with an average lap time of approximately 33.159 seconds (162.852 mph).  That is about a tenth and a half of a second quicker than Sadler in second.

Qualifying for the Ford EcoBoost 300 is scheduled for 11:10 a.m. on Saturday morning.  The session will be covered live on CNBC.