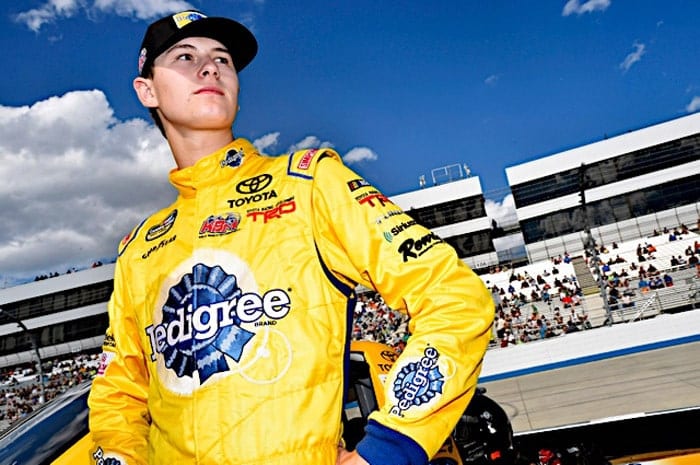 Bell was the fastest of the playoff drivers followed by Crafton, Nemechek, Austin Cindric (sixth), Johnny Sauter (seventh) and Ben Rhodes (ninth). Sauter is the only driver of the six drivers who has already clinched his spot for next weekend’s season finale at Homestead.

Gilliland, the Phoenix International Raceway rookie, turned the most laps of the session at 76. Mike Senica turned the least amount of laps at two. All 32 trucks at the track (up from 30 on the initial entry list) turned laps during the session.

Gilliland was also the quickest driver over a 10-lap run. Gilliland’s best 10-lap run was done at an average of approximately 27.143 seconds (132.630 mph). This was more than a quarter of a second faster than John Hunter Nemechek.  Part-time racer Jesse Little, who was 10th quickest in the session, had the third best 10-lap average.  Chase Briscoe and Justin Haley were fourth and fifth.

The session did not have any wrecks, but there was one caution. JJC Racing’s Ray Ciccarelli had a fuel line come loose on his No. 0 Chevrolet. This was the fiery result.

According to Jennifer Jo Cobb Racing, Ciccarelli is ok after a check-up at the Infield Care Center. The truck is not damaged too badly, so Ciccarelli will still be able to race tonight.