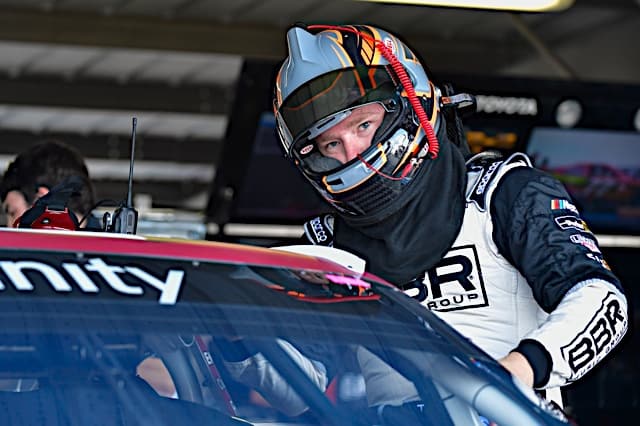 As the XFINITY Series gears up to open the Round of 8 at Kansas Speedway, Tyler Reddick will start on the pole for Saturday’s Kansas Lottery 300.

Posting a 181.117 mph (29.815 sec) lap, the driver of the No. 42 Chevrolet, who is the 17th different polesitter this season, will lead the field to green alongside Erik Jones, who led the first two rounds, as well as final practice on Friday. Ryan Blaney starts third, followed by Christopher Bell, who will race in the series full-time next year. Austin Dillon rounds out the top five starters.

A trio of rookies in William Byron, Cole Custer and Matt Tifft will start sixth, seventh and eighth, respectively. Brennan Poole and Daniel Hemric round out the top 10. Elliott Sadler and Brandon Jones made it to the final round and were the final two in the top 12.

Playoff drivers Justin Allgaier and Ryan Reed were the only two that didn’t make it through to the final round. They will start 13th and 15th, respectively. Meanwhile, Mike Harmon never made it out on track for qualifying and did not qualify.