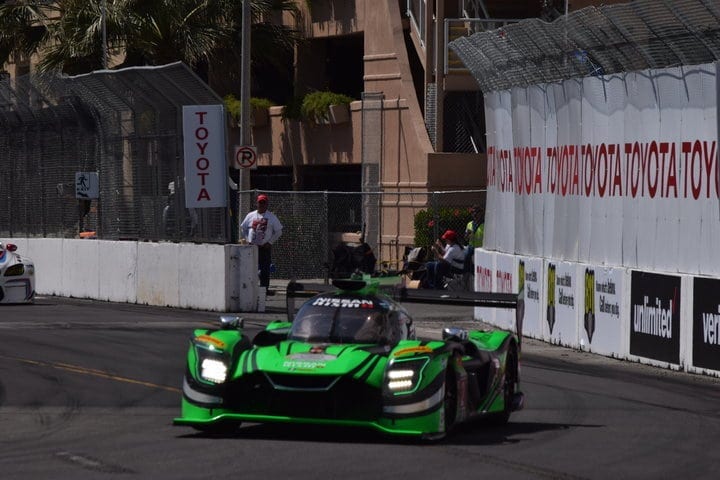 On Friday afternoon, IMSA released the 2018 schedules for the WeatherTech SportsCar Championship and the Continental Tire SportsCar Challenge as part of a State of the Series speech at Road America.  As compared to 2017, there are a couple of changes of note.  First off, 2017 is the last year for the PC class.  Nothing new, as that was announced last year.  Most races will feature all three classes.

The biggest of those changes was already announced last weekend.  That is the addition of Mid-Ohio Sports Car Course to the schedule at the expense of Circuit of the Americas.  That change will affect both the WeatherTech SportsCar Championship and the Continental Tire SportsCar Challenge.  The Porsche GT3 Cup Challenge will also be on the schedule that weekend.  The Mid-Ohio weekend is scheduled to be held from May 4-6, 2018.

The Long Beach weekend will once again consist of only the Prototype and GT Le Mans classes, likely due to overall paddock space.  At Long Beach, the IMSA paddock this year was outside of the track between turns 9 and 10.  2018 is likely to have a bigger grid in the Prototype class due to the new Penske effort, a second ORECA 07 from JDC/Miller MotorSports and potential extra Prototypes from teams currently in the PC class.  As it stands, IMSA capped the field at 35 for Long Beach due to space and disallowed all part-time entries.

Other changes include Belle Isle Park becoming a Prototype/GT Daytona round as a result of PC ending.  VIR, which is still a GT-only round, will be one week earlier.  Mazda Raceway Laguna Seca will be two weeks earlier.  Finally, the Motul Petit Le Mans at Road Atlanta will be one week later.

Finally, there could be a change for qualifying in 2018.  IMSA President Scott Atherton noted that IMSA is looking at a way to reward teams to make qualifying that much more important.  Nothing concrete was announced.

The Continental Tire SportsCar Challenge will run as a three-class series in 2018 as well with the addition of TCR.  During the State of the Series address, Scott Atherton spoke about what he thinks will be a variety of different cars in the class next season.  Multiple IMSA manufacturers already have TCR cars.  Only Audi’s RS3 LMS Club Sport has raced here in the United States as of this point (in Pirelli World Challenge’s TC class).

For the Street Tuner class, 2018 as of now will be the last season for the class.  From 2019 onwards, the CTSC will be GS and TCR only.

In addition to the series’ return to Mid-Ohio for the first time since 2013, the second four-hour race will move from Mazda Raceway Laguna Seca to Watkins Glen.

IMSA did not reveal schedules for IMSA Prototype Challenge presented by Mazda or Lamborghini Super Trofeo North America.  Regarding IMSA Prototype Challenge presented by Mazda, Atherton stated that the sanctioning body is looking at making some changes to the structure of the series for 2018, but those changes are “not ready for primetime” at the moment.