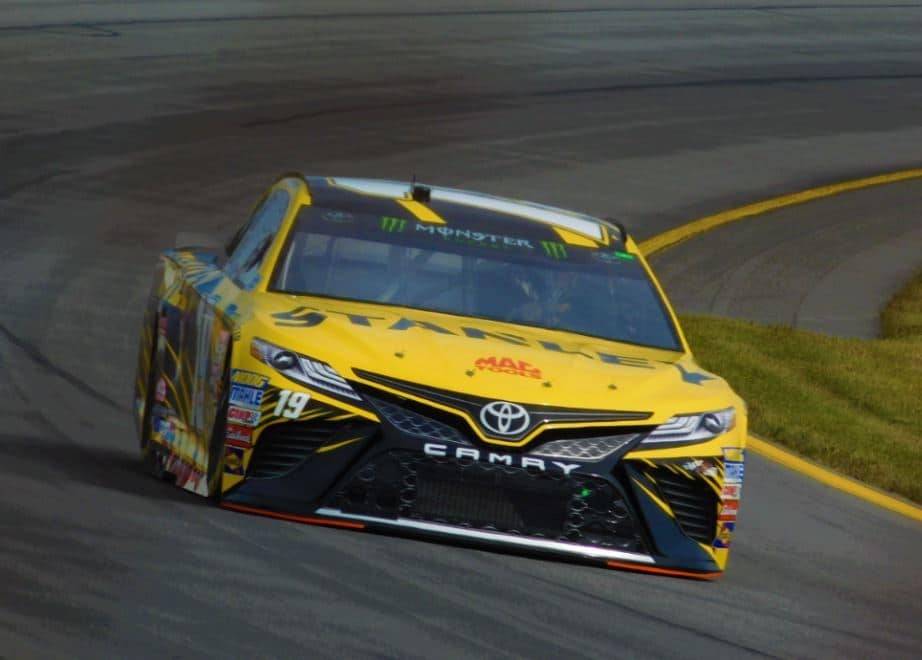 Leading up to New Hampshire Motor Speedway two weeks ago, Daniel Suarez had four top-10 finishes through the first half of his rookie season. Since then, the No. 19 team has been on a hot streak.

At New Hampshire, Suarez overcame a bunch of strategy to finish sixth. Last weekend at the Brickyard 400, the rookie driver outlasted a series of late race cautions, coming home at seventh. But on paper, this weekends event at Pocono Raceway was his best run, despite finishing seventh.

In Sunday morning qualifying session, Suarez turned the eighth quickest time, notching his fifth top 10 starting position of the season. The No. 19 car turned the second fastest time in the first round, only behind Martin Truex Jr. The car showed raw speed.

At the end of Stage 1 in Sunday’s Overton’s 400, Suarez didn’t find himself among the top 10. However, with a change in strategy at the end of the second stage by pitting with three laps to go, the No. 19 team found itself restarting in the top five to begin the final 60 lap stage.

During the final stage, Suarez made an early pit stop, hoping it would get himself track position if a caution were to fall. In the final handful of laps both Brad Keselowski and Clint Bowyer got around the No. 19 team, as it went on to record its fourth, seventh-place effort of 2017.

“I think it was a good day,” Suarez said following the race at Pocono. “We were pretty much running sixth, seventh and [in the] top 10 all day with the speed we had. At the beginning, we were a little bit off, but just like always these guys never give up working on the racecar and we will make improvements for the future on the car. I’m proud of this group and I look forward to keeping this momentum going.”

For the third consecutive week Suarez ended the day as the highest finishing rookie. Erik Jones was the next best in eighth. Out of the five Rookie of the Year contenders, he is the only one to have top-10 efforts in three consecutive events.

“This team is working really hard,” Suarez said. “We’re making improvements within our race team and getting better and just finding more speed and getting more comfortable with the package.”

Through Suarez’ first 21 events at the Cup Series level, the 25-year-old has seven top-10 finishes with an average starting and average finishing position of 15.1. Earlier this month at Daytona, the Mexico native led a career-high 11 laps.

With five races remaining before the playoffs begin at Chicagoland Speedway, Suarez sits 18th in the overall championship standings, though 20th on the playoff grid, 130 markers behind Joe Gibbs Racing teammate Matt Kenseth for the final playoff position.

“The hard work of all these guys and myself and the people at the shop,” Suarez said of how he is improving. “I’m very proud of this group and hopefully we keep going in the same direction and see what happens. Hopefully, we make the playoffs. It’s going to be tough, but you never know what’s going to happen.”