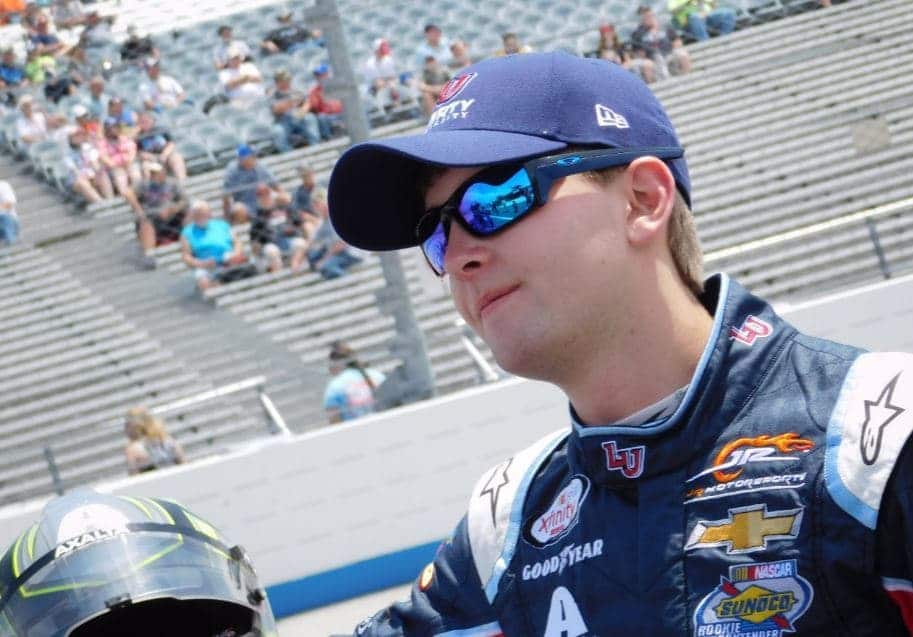 Christopher Bell led the most laps, 152 of the 250 laps to be exact, until, with 32 laps remaining, Ryan Reed and Brennan Poole made contact in front of Bell, who was preparing to lap them. Poole moved down into Bell’s right rear, sending Bell spinning into Reed. The wreck relegated Bell to a 16th place finish.

The caution caused by this wreck came during green flag pit stops, trapping many drivers a lap down, including Ben Kennedy, Daniel Hemric, and Cole Custer. Dylan Lupton stayed out under the caution, so none of these drivers were able to take the wave around.

The shakeup caused by the caution threw plenty of underdogs into the mix, including Sieg, Chastain, and Armstrong, but it was Byron who ran away with the win.

“It feels good…Really proud of these guys,” was most of what Byron had to say after the race, as he was clearly still caught in the moment. Byron came within about a foot of his first career win last week, finishing second to Denny Hamlin, but held a comfortable one-second-plus lead on second-place Sieg when he captured his first career win in the series.