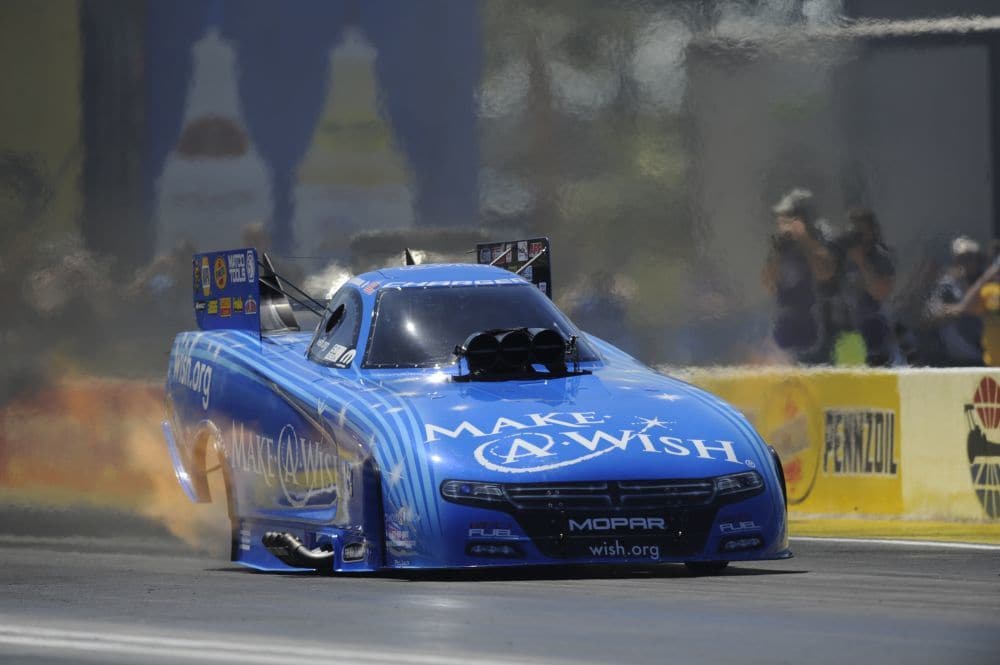 The NHRA announced the 2018 schedule last week, and other than a few dates jostling around at the beginning of the summer stretch, it’s pretty much unchanged from what it has been. The Route 66 Nationals from Chicago move to an earlier date the first weekend of June, while the New England Nationals from Epping will move to the first weekend of July.

Basically that’s a straight up date swap. Beyond that, the other races all stay with essentially the same weekends in the same order as they appear this season. Maybe the hope is that it will be cooler in New England in July than it will be in Chicago, but I wouldn’t count on that.

Television coverage stays with FOX Sports and the live or mostly live format they’ve been using. Of course, the live element comes much more into play once their commitment to NASCAR ends for the season in the summer and NHRA moves up their food chain just a bit.

While we’re on the subject of the broadcasts, I heartily applaud the decision to show Round 2 of Pro Mod eliminations during the turnaround period for the Mello Yello classes during Sunday morning’s live portion. I imagine I can’t be the only one who would rather watch the Pro Mods than yet another driver feature or tech piece.

Don’t get me wrong, I think it’s important to showcase driver personalities. I particularly like the “1000 Feet with…” features. I also enjoy learning new tech facts, although there is such a thing as too much tech, in the vein of the 8,352 times I have heard the loose/tight explanations, complete with cutout car, on NASCAR broadcasts. I would, however, much rather watch some Pro Mods than either of those options.

I realize this class gets its own show, but it’s on a Thursday at some later date after the event, the logic of which still eludes me as I’m watching footage from two races ago that happened to end up randomly on my DVR on a time schedule known only to… well, I don’t know who. Someone in programming at FOX I presume. Given this difficult to fathom broadcast arrangement, it doesn’t hurt to throw Pro Mod fans a bone here and there.

On the subject of the overall format of this broadcast, however, I am undecided on my feelings about splitting the show. On one hand, thank you to FOX for giving us at least some of the show live when it was possible to do so around the NASCAR broadcast. This could have all just been shown tape-delayed following NASCAR so the effort to do at least some of it live was good.

On the other hand, cutting away after a couple of rounds and having to wait nearly 6 hours to see the rest was less than optimal. Yes, you could have continued watching live if you had FOX Sports GO. If you have a television service provider that supports FOX Sports GO, that is if you even have a television service provider at all, and then if you have good enough service to stream through your internet (I live in the country, and frankly, I don’t) or a good enough data plan if you are going that route instead.

Otherwise, you probably get annoyed when NASCAR races run long because after waiting 4 ½ hours from the end of the live broadcast you got pushed off even longer because, even if you followed the programming note and went to FOX Sports 2, if you have FOX Sports 2, all you actually got was a recap of the earlier rounds that were shown on the live broadcast until they could get back over to FOX Sports 1 to show the semi-finals and finals.

If you are a NASCAR fan, you probably don’t mind. If you were just there for the drag racing, you probably did. You can’t blame NASCAR running long, or any sporting event running long really, on the network. They don’t control that and would probably prefer to stay on their preset schedule, to be honest. It’s just the nature of sports programming. It’s still a pain point for viewers though.

One final random thought before we go to the videos. This weekend is Father’s Day and the NHRA will be making a stop this weekend at Bristol Dragway for the Thunder Valley Nationals. The defending Funny Car champion for this race is Tommy Johnson Jr. He’s won twice at Bristol, in 2014 and 2016.

“I love going to Bristol,” said Johnson. “You always have confidence going into a track where you’ve won the year before but even without our success there it’s one of those places I always look forward to going to.”

“I love racing on Father’s Day,” he continued “I’ve been fortunate enough to win several times on Father’s Day and we hope to do that again this year.”

So who are you picking this Sunday?

Steve Torrence won his third race of the season last weekend in Englishtown. Learn a bit more about this independent Top Fuel pilot and his seriously amazing story with this recent driver feature.