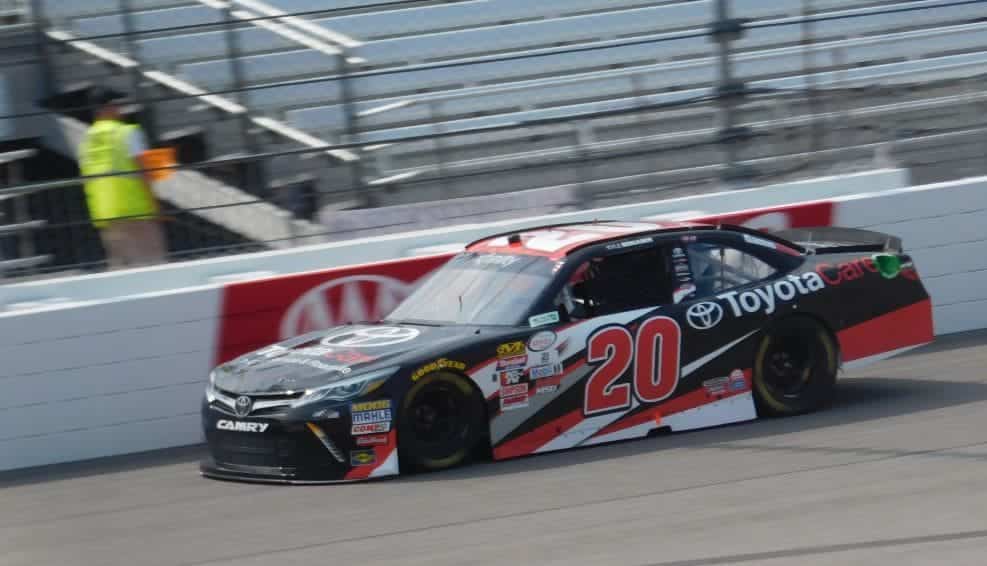 “We’ve had a great car all weekend,” Benjamin said of his lap. “I wouldn’t want to be with a different team. The crew chief is great to work with and the team works hard. I learned a little bit off of my first run for my second lap to turn that time. I can’t want to get into the race and see what we’ve got.”

At Richmond International Raceway, Benjamin finished 32nd, after running in the top 10 through the first 245 laps of 250-lap race. Late in the event, there was a pileup that hindered his debut finish.

The second-place qualifying effort is Hemric’s third front row start in his rookie season. It improves on his series-best eighth-place average starting position.

“I’m happy that we’re starting on the front row, but disappointed that we couldn’t get the pole,” Hemric said. “I beat the [No.] 20 car for the pole at Richmond in his debut, and he got me back today. We’re one-in-one, but he’s a good kid.”

Many of the top names in the series will have to come from the back, including championship leader Elliott Sadler, who turned the 18th quickest time in the first round of qualifying, failing to make it to the second round.

Other stars that will have to come from deep in the field include Darrell Wallace Jr., who will begin the race from 13th, missing the cutoff by .019 seconds. Ty Dillon will start from 15th, while top XFINITY Series drivers Ryan Reed will start from 16th, Brandon Jones 17th and Matt Tifft 31st.

NASCAR disqualified Casey Mears‘ time for not dropping to the bottom of the track following his qualifying run. He will begin the event shotgun on the field, and is looking for his second top-10 finish in five starts this season for Biagi DenBeste Racing.

The green flag is scheduled to wave at 1:19 p.m. ET. Larson is the defending winner, leading 27 of 53 laps in the inaugural XFINITY Series event at Pocono last season. The rain was deemed official when rain hit the track just past halfway.