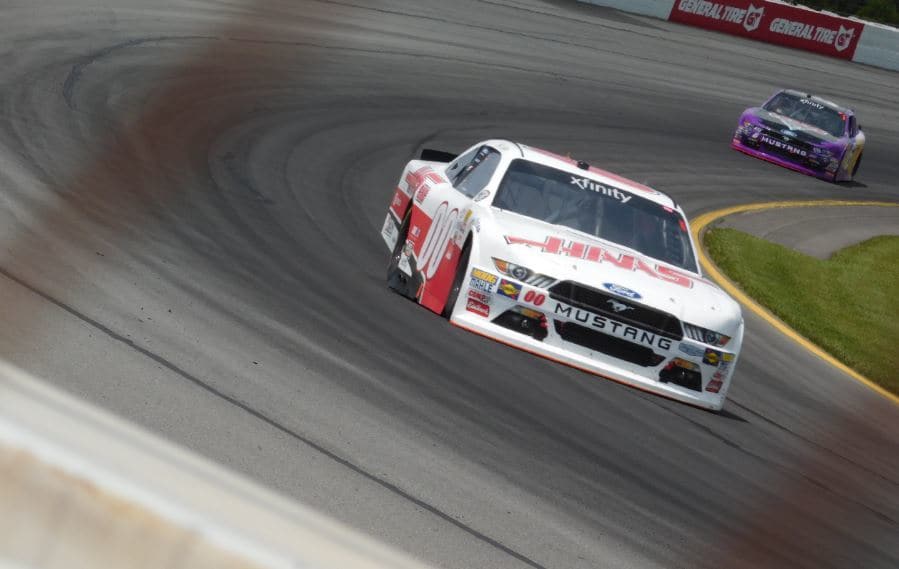 Cole Custer’s confidence is in town.

The 19-year-old knew his cars are capable of running well, but the results weren’t what he expected. Come Dover International Speedway, that changed with a fourth-place finish after finishing seventh at Charlotte Motor Speedway, breaking a streak of three finishes of 13th or worse.

Following Custer’s second career top-five finish, the time to follow suit arrived when the No. 00 Ford took to the track at Pocono Raceway.

Thanks to an early strategy call by Custer’s crew chief Jeff Meendering to pit prior to the conclusion of Stage 1, the No. 00 car started Stage 2 as the leader — the first time in his young career that he’s achieved such a feat.

“I thought Jeff had a really good strategy to get us up there,” Custer said. “It’s nice because at the start of the year, we couldn’t even put one race together. It’s been a good stretch for us and we want to keep it going.”

Prior to Saturday’s Pocono Green 250, he led just one lap in XFINITY Series competition in 16 starts. But Custer led 14 laps at Pocono en route to a seventh-place finish, his fifth top 10 of 2017 and third in a row.

“It makes you feel like you deserve to be here,” he said. “It reaffirms your confidence. But we need to try to win some races.”

With green-flag pit stops coming with less than 40 laps to go, the running order shuffled. Custer circled into the lead once again on Lap 80. However, eventual race winner Brad Keselowski took advantage of the rookie driver, passing the No. 00 car on a restart with 16 markers remaining in the contest.

“We needed a better restart there at the end,” Custer said. “On that restart, I just wanted to hit my marks going down into Turn 1. We just didn’t do it right.”