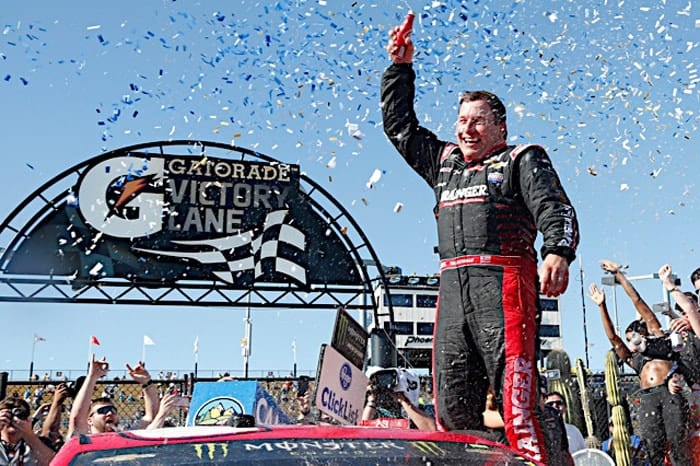 Ryan Newman, Richard Childress Racing and Velveeta have announced a partnership that will continue through the remainder of the 2017 season.

The company will adorn Newman’s No. 31 in select races this season as a primary and associate sponsor, beginning June 18 at Michigan International Speedway.

The No. 31 will feature Velveeta in a primary sponsor role at Michigan in the Monster Energy NASCAR Cup Series and in other currently unannounced events, while the company will remain as an associate for the remainder of the 2017 season.

As part of the sponsorship activation, the team and sponsor are offering a VIP trip to the season finale at Homestead-Miami Speedway via a national sweepstakes, with opportunities for Newman-related merchandise also available for other entrants.

Added Ben Schlosser, chief marketing officer for RCR: “Our loyal fans are heavily engaged with brands throughout our sport, and the VELVEETA Shells & Cheese brand is a perfect fit for those millions of NASCAR fans. American families enjoy the convenience and tastiness of VELVEETA Shells & Cheese every day of the week, and now they’ll have the opportunity to win a VIP trip to our season finale in Miami, while engaging with ‘LIQUID GOLD’ content throughout the season featuring Ryan, crew chief Luke Lambert, the No. 31 VELVEETA Shells & Cheese crew members and other RCR personalities.”

Newman is currently headed to the playoffs this season as a single-race winner in the Cup Series, barring more than 16 winners in the regular season, after emerging victorious at Phoenix International Raceway. He sits 15th in the overall standings with a win, two top fives and five top 10s.