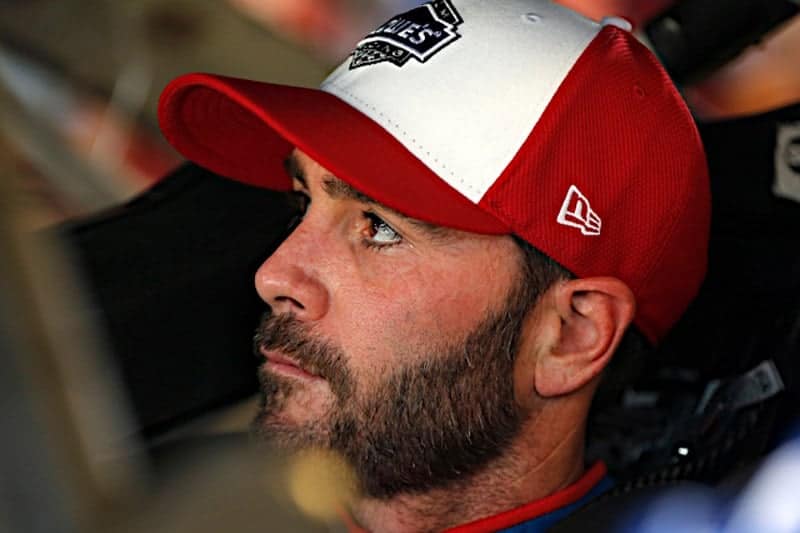 The NASCAR Cup race at Dover seemed to go pretty smoothly for most of the day, then everything turned into a mess at the end, including a really big mess in the race to the finish line, where some made it and some didn’t. The key here is getting the end game right and while that happened for some Sunday, it didn’t happen for others.

Jimmie Johnson doesn’t have seven titles and 83 careers wins by not knowing how to finish off of a race. Johnson did that again Sunday as he tied Cale Yarborough in career NASCAR wins, 11 of which have come at Dover. Johnson had to start in the back due to a gear change, but his experience and physical fitness make him a hard driver to beat at Dover. The question now about Johnson is just where does he stand among the all-time greats of the sport. It will be primarily a debate (unless he goes on to win something like 12 titles) as Richard Petty, Yarborough and David Pearson were sort of in one era, Dale Earnhardt was in his own era now Johnson is kind of in his own era, too. Along with the questions about whether he will win an eighth title or not, is if he can reach 100 wins. Given Johnson’s physical fitness routine and that he is on a top team, reaching the century mark is a real possibility for him.

Since NASCAR put in the overtime line last year there has been minimal debate on whether it is a good or bad idea. . . . until the rule plays into a win for Johnson. Had Kyle Larson had the better restart and won the race, there likely would have been much less debate about the overtime line. I’m not saying there aren’t legitimate reasons to alter the overtime line scenario. We would all like to see the cars race back to the finish, no doubt. Seeing a race end under caution isn’t fun and if you’ve paid for a ticket to the race, you no doubt feel a bit unfulfilled when that happens. But also, if NASCAR revisits this overtime line rule, let’s hope it keeps safety in mind as the top priority here. With all of the progress made in safety in the last 15 years, let’s hope there’s not even a tiny step compromise in that area.

Before we start feeling too sorry for Kyle Larson for not winning on Sunday, let’s remember he was not in a do or die type of situation to make the Chase. First, he is already in the Chase by virtue of his win at Fontana earlier this season. Second . . . well, he’s had lots of seconds with Sunday being his fifth in 13 races this season. That has helped Larson to being second in the points standings as well. He’s become one of NASCAR’s elite drivers and once he gets that little restart game figured out he’ll be turning those deuces into aces.

Climbing the fence during a NASCAR race when there are about three dozen cars going 150 mph directly under you isn’t something that’s on my bucket list . . . unless maybe it would be potentially the final item on that list. It’s not the first time we’ve had what was most likely an inebriated fan make like Spiderman and take to climbing the fences. It’s a bit funny at first, but then things got a little hairy when it happened at Dover on Sunday. First, when the fan started climbing the fence there was no yellow flag. OK, so the climb won’t rank up there as one of the most intelligent moves ever made at a NASCAR race, but nonetheless, safety still has to come into play here. But there was also no yellow when the fan reached the top of the fence and was dangerously close to going over the edge while the cars sped around. The fact that he came down without someone having to go up and get him was a big relief. But it was a bigger relief he didn’t fall out onto the track under green flag conditions.

You can look at the results from Sunday and with his 32nd place finish wonder why Ryan Blaney is listed here. But he most likely will be getting good news and job security as well. When Mr. Roger Penske says he would like to add you to his team as a third a driver sooner rather than later, well, that’s pretty good news. Blaney’s Sunday was ruined by a broken axle (again), but as everyone in the racing business knows, if Roger Penske thinks you’re a pretty good driver, so much so that he wants to bring you onto his team, well, that can overshadow a bad day or two on the track.

Joe Gibbs Racing still with no Cup wins this seasons. Ask me what would be more bizarre in a season, a man climbing a fence during a race or Gibbs cars with no wins 13 races in? I would have to think about that one for a bit. . . . Danica Patrick had some good fortune and finished 10th Sunday, but her future with Stewart-Haas Racing is on shaky ground right now with no sponsor set for next year. Just showing us that in the end, you’ve got be up front at least every now and then for sponsors to stay. . . . No Kyle Busch rant this week? That’s a loss on the entertainment side of things, no matter what you think of him.

The Cup series stays in the northeast and heads to Pocono next week. It’s a place where power is supreme with its extra long frontstretch. So, with that in mind, I’m going with Brad Keselowski to break out of his little mini-slump and win at the Tricky Triangle. The deep sleeper underdog who you might not think about pick is Paul Menard, because often these races at Pocono come down to fuel-mileage affairs and that’s a game that Richard Childress Racing seems to have down pretty good right now.