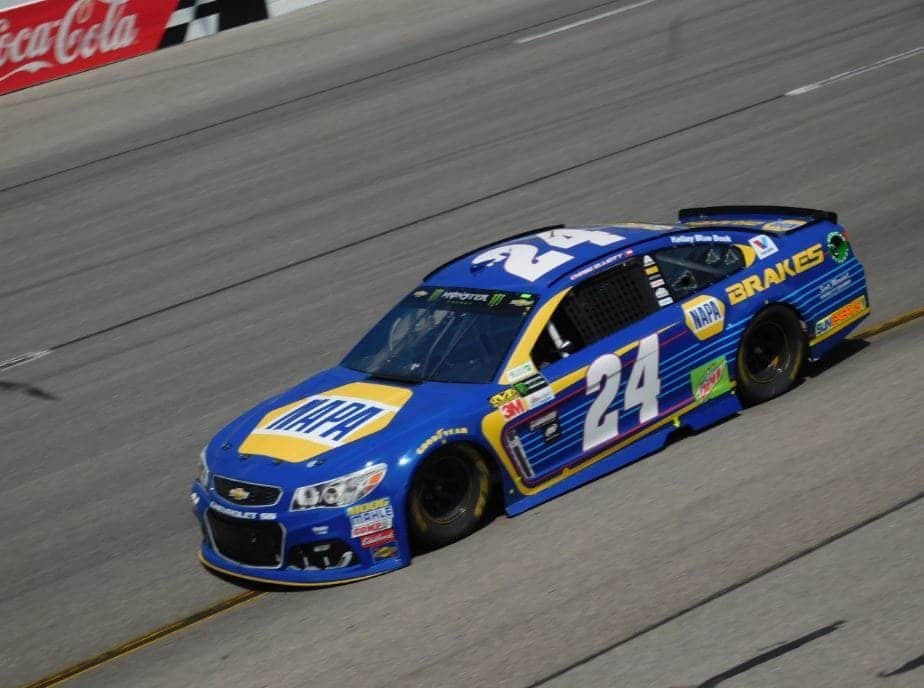 The Coca-Cola 600 is NASCAR’s longest race, but the race didn’t last long for two of the favorites to win. Chase Elliott and Brad Keselowski ran into a chain reaction crash after Jeffrey Earnhardt’s engine failed on lap 19.  A piece of Earnhardt’s car punctured the oil pan of Elliott’s machine, causing a fire under the hood, and when Keselowski hit the oil from the No. 24, he slammed into the back of Elliott.

Both drivers were okay; their cars were not so lucky.  Both had to be towed to the garage, and Earnhardt was also done for the night due to the engine failure.

Keselowski gave his version of events after climbing from his car.

“It’s a real bummer for our team.  We had a really fast Miller Lite Ford and I think we had a shot at winning tonight, but that’s how it goes.”

“Our NAPA Chevy was going to be all right as the night went along,” Elliott said. “The No. 33 (Jeffrey Earnhardt) car or whoever it was, broke something ahead of me and ended up hitting it.  I hit it pretty hard.  I knew it had hurt our nose at least, then I saw some flames and figured we were laying down oil too, I guess.  Brad (Keselowski) couldn’t get stopped and ended up kind of finishing us off, but it was a bummer.  I hate it.

“I don’t really know what you do about stuff like that.  Just move on.”