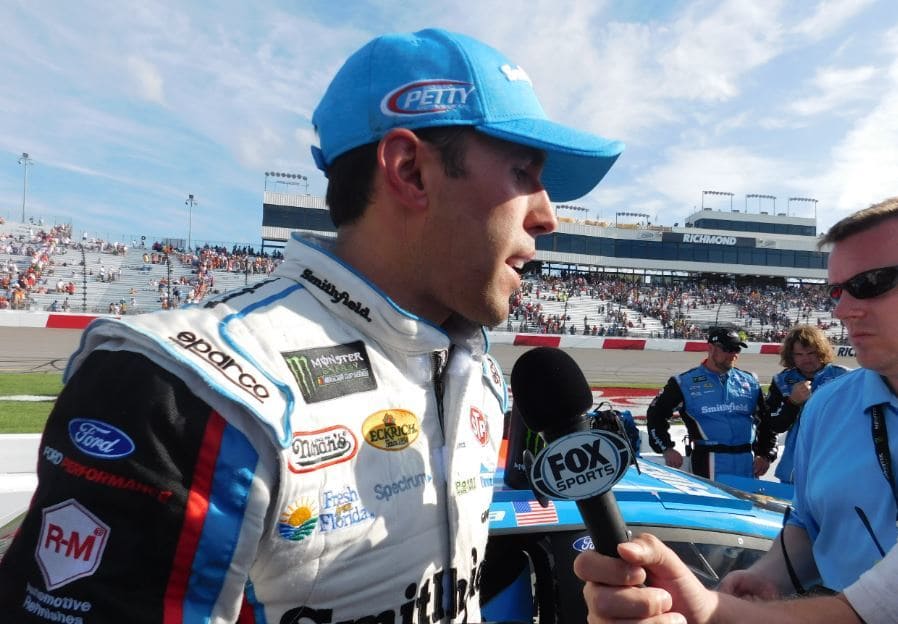 Storming out of the gate with a top-five finish in February’s Daytona 500, it’s been another tough season for Richard Petty Motorsports and Aric Almirola.

In fact, you could call that 500-miler their only bright spot through the opening eight Monster Energy NASCAR Cup Series races, which have seen only one top-15 finish since the season opener.

That was until Sunday at Richmond International Raceway when a late-race shake-up opened an opportunity for the No. 43 team. Almirola came home ninth.

“We typically run well here, this is one of our better tracks,” Almirola said. “It’s great to have a solid finish. A solid top 10, really proud of the effort.”

Starting 25th, Almirola was busted for a blend line violation which put him a lap down. The long green-flag conditions made it tough, but the slew of late yellows gave Almirola a chance at redemption.

“I hate we got that penalty under that green-flag stop,” he said. “I really thought the rule from the driver’s meeting was all four [tires] on or below the orange box and I just barely clipped the box. I got a pass through which put us a lap down. We battled back. We have a little more work to do to continue to get better and race the guys up front.”

In his sixth season with RPM, a top 10 means more for him than most drivers. With only one total in 2016, the 33-year-old says his team needs to build momentum toward the summer stretch. Sunday was that type of run.

Almirola leaves Richmond now inside the top 20 in points in 19th with an average finish on track to be a career-best through 10 Cup seasons.