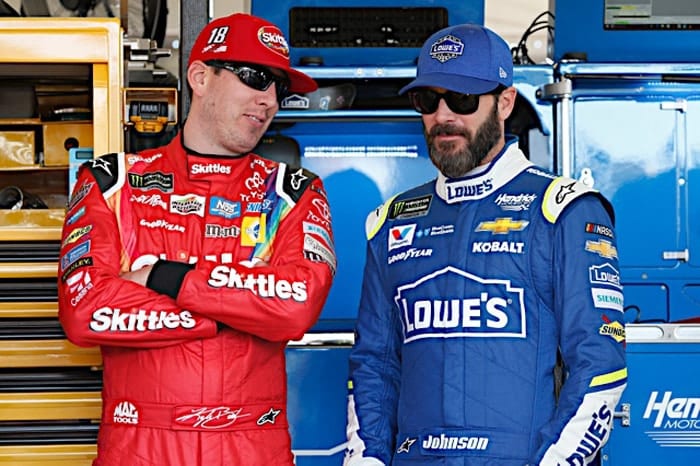 Erik Jones, who won opening practice on Friday, ended second quickest in his No. 77 Toyota followed in third by another Toyota in Denny Hamlin. Kevin Harvick and Dale Earnhardt Jr. rounded out the top five.

The early morning session had its share of mishaps, as Ricky Stenhouse Jr. and Kyle Larson found the wall in the later moments.

For Stenhouse, contact with the wall brought out the back-up car for the Roush Fenway Racing team… for only a moment, as the team chose to repair damage to his No. 17 Ford.

Larson won the pole after cancelled qualifying on Friday, and he also won the moment of the session, as he spun off Turn 2 after testing the outside lane.

“The top wasn’t far from being good,” said Larson, who ended the session 17th quick. “I think the track will be fine as long as people get up there early in the race. I wish I got more takers up there with me.”

Larson will not go to a back-up machine.

When you're up on the high line all by yourself. ? pic.twitter.com/HOrjXqJPah