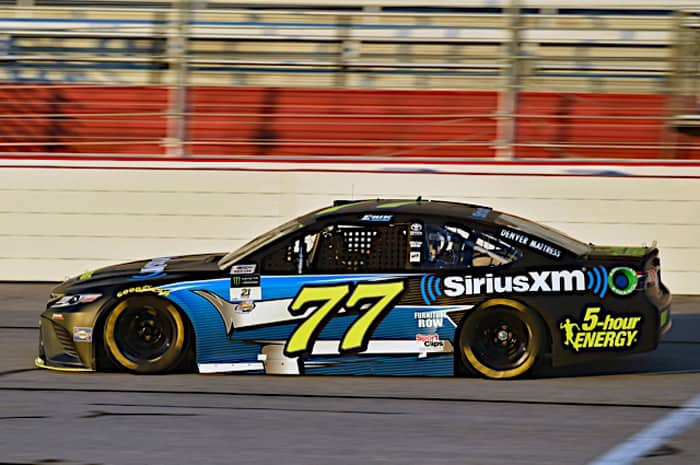 According to a FRR release, the hauler was on I-15, just north of Las Vegas, on its way to Auto Club Speedway in Fontana, California, for this weekend’s race when it made contact with a car carrying two people.

The car allegedly pulled off of the interstate and onto the shoulder of the road and then suddenly pulled out in front of the hauler.

The FRR truck sustained front-end damage and the team had to rent a replacement from Rush Truck Centers of North Las Vegas, according to the team.

The two people piloting the hauler were uninjured by the collision. The trailer and the No. 77 Toyota inside of the trailer were undamaged by the incident.

“We’re all very relieved no one was injured in the incident,” FRR president Joe Garone said. “There was substantial damage to the tractor, but everything in the trailer was checked out thoroughly and is okay.”

The car fled the scene after the contact, but the Nevada Highway Patrol later caught the occupants, thanks in part to a video dash cam that was attached to the hauler recording footage of the incident.

FRR is the only Monster Energy NASCAR Cup Series team based out of Denver, Colorado. The current West Coast swing is one of the few times during the season that benefits the team’s travel budget.

The team expanded to two cars during the offseason to add rookie Jones and the No. 77 to its lineup. The race at Fontana will mark Jones’ first MENCS race at the track.