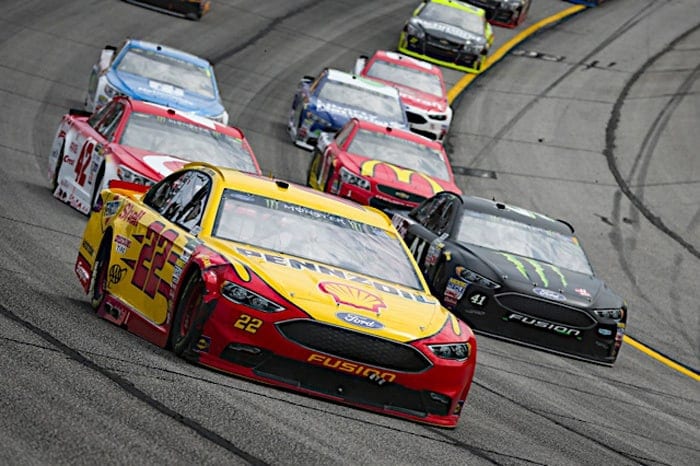 Following a wild opening weekend, the Monster Energy NASCAR Cup Series moved to Atlanta Motor Speedway for round two. Daytona seemed to create more questions than it answered and many in the sport looked to Sunday’s race to restore order. The Folds Of Honor QuikTrip 500 did feature many of the usual favorites up front, with less crumpled sheet metal post-race. The new stage format kept things interesting. But thanks to a late race caution and plenty of pit road speeding tickets, there was still a fair share of drama. Brad Keselowski kept it under 50 on pit road and full throttle on the restart to pick up his first win of 2017.

Atlanta provided a more predictable environment. But was the order of the drivers in the Power Rankings as predictable? See for yourself.

“While losing because of a speeding penalty was disappointing, there was no question who had the best car on Sunday. Besides, Phoenix is only 2 weeks away.” Frank Velat, Frontstretch

“It’s still very early but there are no signs of a sophomore slump yet.” Michael Massie, Frontstretch

“Two straight top-10s give Kurt Busch the highest average finish among the Ford camp through the first two races but his hometown track hasn’t been too kind to him with only one top five in fifteen starts.” Pete McCole, Auto Racing 1

“It feels like he is so close to busting the door down and becoming a regular winner.  Is this the beginning of a big season for Larson?” Bryan Gable, Frontstretch

“A few well-timed cautions and wave-arounds salvaged a day full of pit road problems for the No. 22 team.” Gable

“Don’t look now but Kasey Kahne has the highest average finish of ANY Chevy driver over the first two races of the season and the only Hendrick driver with two top-10 finishes. What were the Vegas odds on THAT?” McCole

“He’s been quiet so far…too quiet. Like a hunter stalking their prey. What a perfect spokesman for Bass Pro Shops.” Massie

“Ryan takes over for Kyle Busch in this week’s position as the driver most victimized by Goodyear. Still, he’s been strong enough to win both events thus far.” Velat