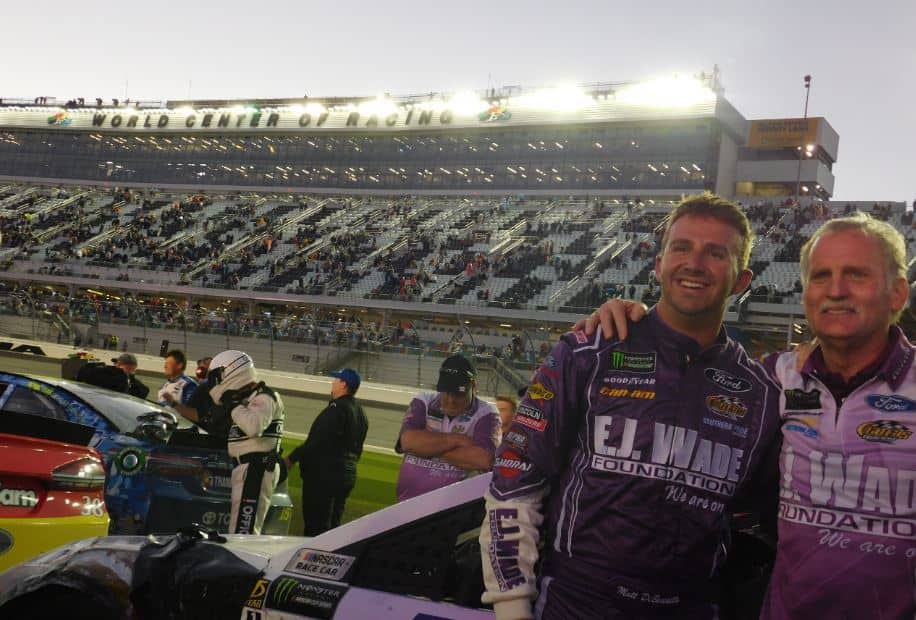 For Matt DiBenedetto, it only took one race for him to notch a career best for Go Fas Racing and team owner Archie St. Hilaire.

In his first season with the No. 32 Ford team, DiBenedetto survived a savage Daytona 500 Sunday to score the organization’s first top-10 finish. The ninth-place result came in their 99th Monster Energy NASCAR Cup Series start.

“That’s a heck of a way to start off the year! Holy cow,” said an elated DiBenedetto. “We survived. We got in that one crash, I hit pretty hard and I thought, “Oh, it’s going to be a long day.’ The guys did a great job patching it back up and it still ran fine.”

Suffering damage on the Lap 129 Big One, DiBenedetto stayed on the lead lap to have a shot in the final segment.

“Heck, the whole race we were pitting multiple times to make sure it was fixed properly,” he said. “At the end, we started picking them off and it turned out to be a great day.”

Indeed, when the leaders started to run out of fuel in the final three laps, the 25-year-old advanced up to ninth, a stellar finish when you consider the size of their small team.

“I’m just excited to be back here, racing, and to have a ride,” he said. “I think we’re going to turn some heads. Fifteen employees total versus four or five hundred. Our goal is to overachieve all year.”

A top 10 may have been new for the team, but it was a second for DiBenedetto after finishing sixth last season with BK Racing at Bristol Motor Speedway. DiBenedetto says there is no comparison between the two.

“It’s definitely different,” he concluded. “This one was more survival, [Bristol] was more racing up there. This being the Daytona 500, being in it in the first place is unbelievable so I’m going to say this feels really good.