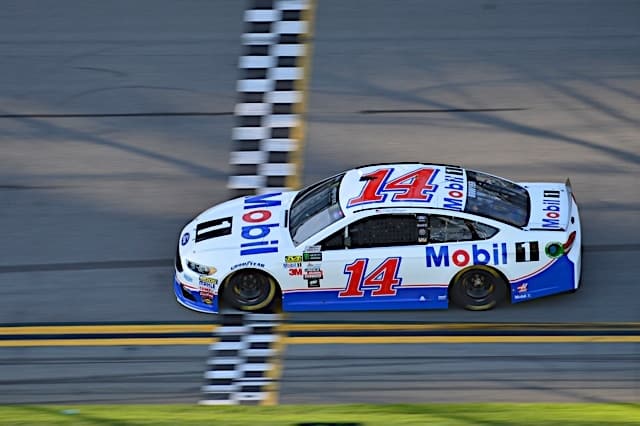 Good lord, is it really that time of year again?

Despite an offseason that frankly felt like a four-week break, it is indeed true: NASCAR racing is back, and even though you just now figured out who Kaulig Racing is and finally learned how to spell half the new Camping World Truck Series drivers’ names, too bad, because you’ve got some new things to commit to memory.

Nope, I’m not talking about rule changes, format alterations or that sort of thing, even though you might still be doing the math in your head to try to figure it out (and, frankly, no judgment here). Instead, how about running down a few of the personnel changes in the top NASCAR series for 2017 that you’ll be seeing, not just in the Daytona 500 but throughout much of the season?

Because things got a little busy this silly season, especially the last few months. I’m not gonna sugarcoat it; use this article as a cheat sheet, if you must. And as for the XFINITY and Truck series? Ugh, an even bigger laundry list. We’ll, uh, hit that one up another time.

Elliott Sadler: No. 7, Tommy Baldwin Racing, Cup. Er, don’t get used to this one. It’s a one-off deal for the Daytona 500, as TBR sold its charter and doesn’t have any set-in-stone plans otherwise. But hey, Golden Corral’s sponsoring again, so kids eat free with a top 10.

Ty Dillon: No. 13, Germain Racing, Cup. Dillon finally — finally! — makes the leap to the Monster Energy NASCAR Cup Series in a full-time capacity in 2017, running the No. 13 for Germain Racing that was previously held by Casey Mears (who won’t be racing in Daytona but will pop up for a few races in Biagi-DenBeste’s No. 98 in the XFINITY Series later this year). Now that one friend of yours who’s really into Richard Childress Racing can stop complaining about how they won’t call him up to the big leagues. Nah, never mind; that friend’s still going to be insufferable because he’s not actually driving for RCR.

Clint Bowyer: No. 14, Stewart-Haas Racing, Cup. You don’t need to hear about this one, because the broadcast will mention Bowyer’s move to Stewart-Haas Racing to replace Tony Stewart about 20 times on Sunday. Darrell Waltrip might even spit out boogity-boogity-Bowyer to SHR LET’S GO RACING!

Michael Waltrip: No. 15, Premium Motorsports, Cup. This Sunday is planned to be Waltrip’s final Cup race. And speaking of former Daytona 500 winners from more than a decade ago, Waltrip will be replaced by… Derrike Cope. The 1990 winner is going to be running for Premium in at least a handful of races later this season. Someone call Ward Burton.

Daniel Suarez: No. 19, Joe Gibbs Racing, Cup. Same deal as Bowyer. Daniel Suarez will get all kinds of time on the Daytona 500 broadcast as the reigning XFINITY Series champion and heir to Carl Edwards‘ hastily vacated No. 19 seat. The kid’s pretty good, so in terms of running order for the car in 2017, the numbers probably aren’t going to change a whole hell of a lot.

Joey Gase: No. 23, BK Racing, Cup. Gase, who you’ve seen in a few Cup races the last three years with Go FAS Racing, will run a handful of events for BK Racing in 2017, including the Daytona 500. Gray Gaulding will run the majority of the rest of the season in the car. If you’re still asking, “Who?,” either pay attention to XFINITY races more or, I dunno, read Wikipedia.

Matt DiBenedetto: No. 32, Go FAS Racing, Cup. DiBenedetto makes a fairly lateral move from BK Racing to Go FAS Racing for 2017. The real victory here is that the No. 32 will likely only have one driver all season. No more guessing who’ll show up on the entry list each week.

Jeffrey Earnhardt: No. 33, Circle Sport/The Motorsports Group, Cup. This move is a combination of the No. 30 team you saw with Josh Wise for much of last season and Joe Falk, who worked with Leavine Family Racing in 2016 and has owned his own Cup teams for a few decades now. And Earnhardt’s, well, an Earnhardt.

Chris Buescher: No. 37, JTG Daugherty Racing, Cup. AJ Allmendinger and the No. 47 that’s been around for about a decade now went and got itself a twin, driven by 2016 rookie/actual race winner Buescher. For now, he’s on loan from Roush Fenway Racing because Ford couldn’t get him a better ride.

Timmy Hill: No. 51, Rick Ware Racing, Cup. Yes, this team is the Rick Ware Racing that has occasionally surfaced in Cup but has mostly made its name midpack in the XFINITY and Truck Series. They’re running full-time this season, and constant collaborator Hill’s got the seat for Daytona.

Brendan Gaughan: No. 75, Beard Motorsports, Cup. A total one-off at the moment, but don’t be fooled; there’s some Childress-backed power under the hood. Rumors abound they’ll run at least the four plate races this season.

Erik Jones: No. 77, Furniture Row Racing, Cup. Jones continues his rapid ascent up the NASCAR ladder by leaping into Cup as a teammate to Martin Truex Jr. Anyone else remember when FRR ran two cars at Daytona a few years ago with Kenny Wallace in the No. 87? Just me? Fine.

Corey LaJoie: No. 83, BK Racing, Cup. You won’t see the son of Randy LaJoie in this car all season, but Daytona’s certainly one of his attempts. He’s not locked into the race, though, unlike the No. 23.

WOLKIN: Lajoie Makes 500, Wrecks Rival Sorenson To Do It