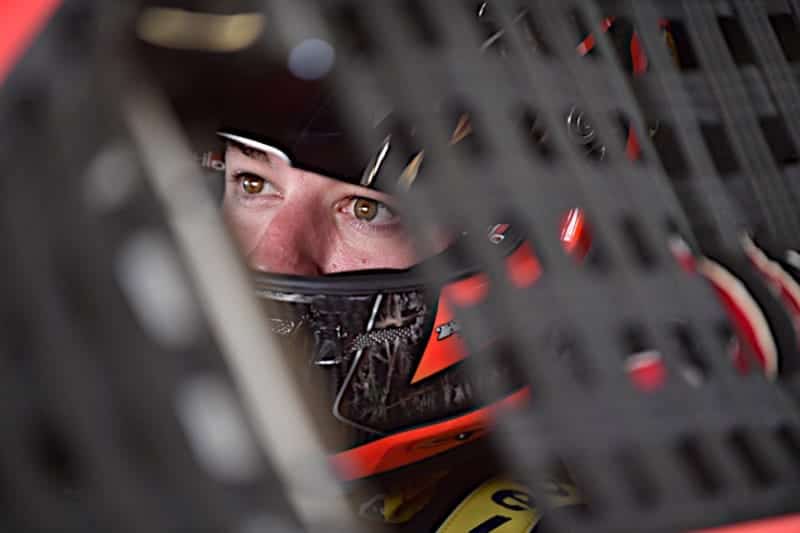 Amidst some mid-qualifying controversy, Martin Truex Jr., earned the pole for the Hellmann’s 500 at Talladega Superspeedway, ripping around the 2.66-mile track in 49. 508 seconds [193.423 mph].

The pole is his fourth of 2016, 11th of his Sprint Cup series career and first at Talladega.

“It’s definitely the place to be to start the race,” Truex said. “I think the key is just to stay there as long as you can.”

Despite having the best outcome possible in Saturday’s single-car runs for qualifying, the No. 78 Toyota had parts confiscated by NASCAR, including an unapproved left-front jack bolt. Additionally, three of Joe Gibbs Racing’s cars (Denny Hamlin, Matt Kenseth, Kyle Busch) were pulled from pit road prior to their times due to potential issues with their rear deck lids.

Though not cracking the top 10, possibly the biggest qualifying surprise of the season came in the form of Reed Sorenson, who won the first round of qualifying by more than two mph over the rest of the field.

Grabbing attention and wowing the crowd, Sorenson, however, was unable to back the strong time in Round 2, starting 12th. The position is still the best for Premium Motorsports in their 100-race history in Sprint Cup.