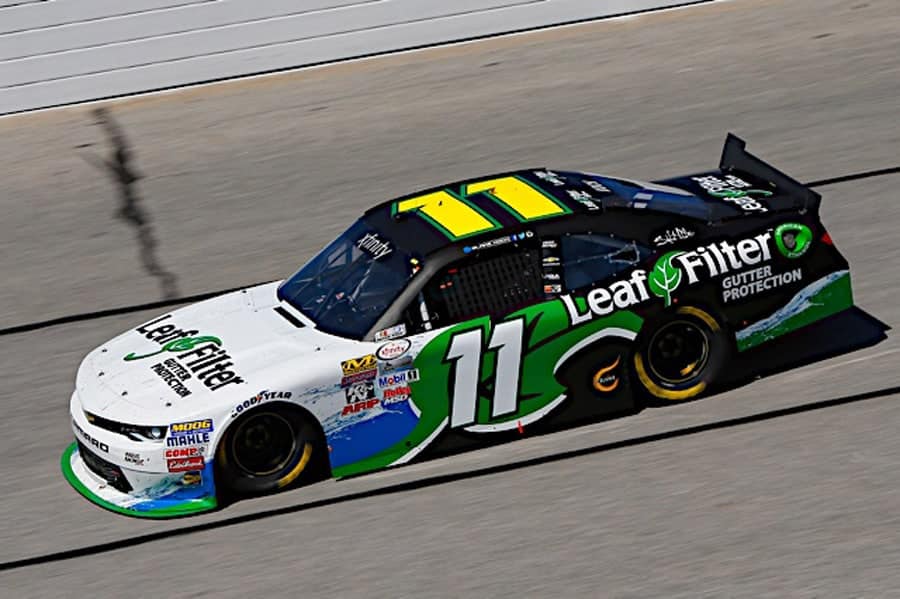 Blake Koch and Kyle Larson were the fastest in the two NASCAR XFINITY Series practices at Kansas on Friday.

Koch’s lap of 182.137 mph in the first session put him on the top of the charts for both the first session and for the day. Koch is one of two underdog drivers still in the XFINITY Chase along with Ryan Sieg; his best career finishes at Kansas has been two 25th showings.

Larson’s lap of 180.844 mph was the best of the second session. Larson is on the hunt for vengeance this weekend in the XFINITY Series, having not finished either of his two prior starts at Kansas before this race.

There were no major incidents in either session.

Behind Koch was fellow XFINITY Series Chase driver Erik Jones in second. Jones has made two starts at Kansas in his NASCAR career; he finished 11th in his lone truck start last season and ran strong before a late race accident in his first career Sprint Cup start last year.

Kyle Busch was third. Busch has won the last two XFINITY Series races at Kansas. Daniel Suarez was fourth. Ty Dillon, the first non-Cup and non-Chase driver on the board, was fifth.

Full results can be found here.

Brennan Poole followed Larson and made it 1-2 for Chip Ganassi Racing. Poole focused primarily on race trim, running more laps than any other driver and having his first lap be his best lap.

Busch was third and Brendan Gaughan was the highest Chase driver in fourth. Gaughan has a best finish of ninth in four starts at Kansas. Koch followed up his good first practice by running fifth in this session.

Full results can be found here.