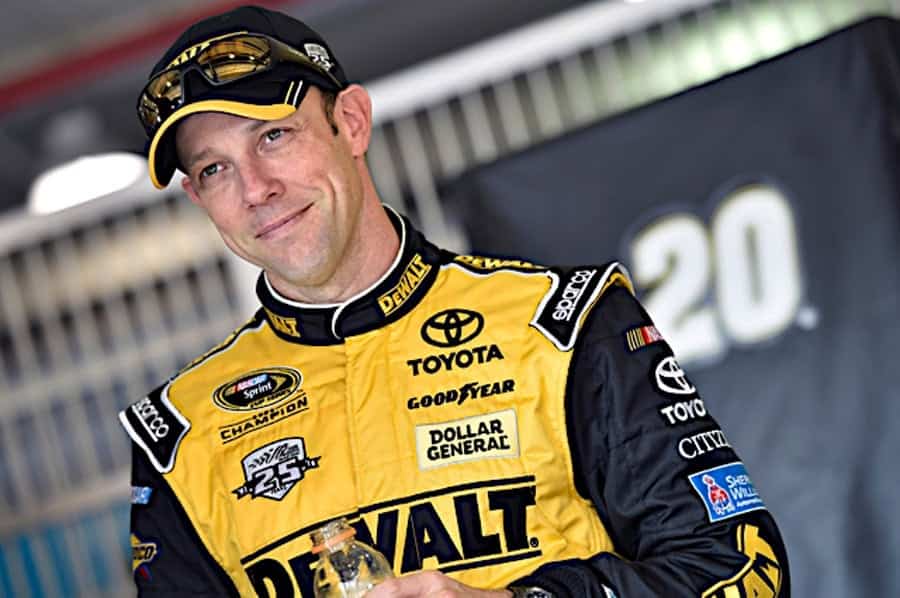 Is it too soon or did Hendrick Motorsports give us a taste of what the 2016 Chase for the Sprint Cup will be like all summer and fall long at Chicagoland last week?

Everybody in NASCAR knows the four-car team would enjoy a New Hampshire Motor Speedway race with the most laps led, all four cars in the top 12 and another near-win for its rookie, Chase Elliott. Is it realistic to think it can happen again?

If you’re looking at Hendrick’s recent numbers at Loudon, it’s a tough sell. Despite Jimmie Johnson winning the pole in the summer event, six top-10s finishes in the last nine races elicits a ‘meh’ feeling regarding the six-time champion.

Last winning there in 2010, Johnson will have to pull another Chicago-type surprise to right those numbers.

The same can be said about Elliott, who crashed out of his first and so far only Loudon start in July, finishing 34th. Hot off a close-but-no-cigar finish in Chicago, we’ll see if momentum is worth something for the rookie or if it’s just a myth.

Though out of Chase contention, both Alex Bowman and Kasey Kahne brought their cars home in the top 10 last week. Bowman, who continues to fill Dale Earnhardt, Jr.’s ride for eight of the last 10 races, led a career-high six laps before earning a career-best 10th at the line.

Making his fourth start of the season, Bowman returns to Loudon, the track he made his debut for HMS in July. Finishing 26th, he caught the eyes of many while racing in the top 10 consistently before a crash took him out of contention.

Wrapping up the team train is Kahne, who came as close to a victory last week as he has all season, opting to stay out of pit road to restart second with two laps to go. Despite dropping to seventh, Kahne earned three straight top 10s for the first time since 2014. With only one top 10 in the last seven races, Kahne sits even with his teammates in terms of momentum.

Lackluster track numbers and a hot run in his rearview mirror, Kahne and all of HMS will have the whole field watching their every move.

Not only is Toyota on a winning streak in the 2016 season, winning the last three events, but it has had a red rover grip on the Magic Mile as of late, too.

Specifically, the magician in Loudon has been Matt Kenseth, the No. 20 Joe Gibbs Racing driver who has won the last two races there.

Though he seems to be a quiet name in the Chase Grid for 2016, Kenseth is a man on a mission for Sunday’s Bad Boy Off Road 300.

Or at least he should be.

This year, his Toyota brothers have been the story of almost every Sunday; winning, dominating and already populating a spot in the Round of 12 with Martin Truex, Jr.

Though he hasn’t had a bad season by any means, Kenseth hasn’t seemed to have that spice from 2013. That year, he entered the Chase hot off a Chicago win and backed it up with a win at Loudon to kick off the Chase.

This season, with no top 5s since Indianapolis Motor Speedway, Kenseth is seventh on the Chase Grid, 11 points above the cutoff zone.

Now, if there is a track that can be Kenseth’s saving grace, it would be Loudon. This weekend Kenseth is going for history, attempting to be the first to win three consecutive Cup races in New Hampshire on Sunday. Kenseth has earned each of his three wins at the track since 2013, leading 216 laps and earning six top 10s in the last seven races.

With the track a comfortable home for Kenseth as of late, the 44-year-old will hope to take advantage and fight off his past Chase controversies to aim for a second Cup championship.

Who Should We Look Out For in the XFINITY Series Chase?

Coming off the most competitive race of the 2016 XFINITY Series season at Chicagoland Speedway, which saw a season-high 22 lead changes, its first Chase is officially under way this weekend at Kentucky Speedway.

Will round one be more, ‘This is Sparta!‘ on Saturday, or a better-think-about-points kind of day?

With less drivers involved and less rounds to make it happen, the addition of only one Cup regular in the field – Ryan Blaney in the No. 22 – can make this Chase opener an interesting fight to the flag.

Erik Jones, Elliott Sadler, Daniel Suarez and Justin Allgaier have to be no-brainers for easy advancement to round two. However, outside of them it’s all up for grabs. For the remaining eight drivers, it could be experience that trumps all — I’m looking at you, Brendan Gaughan. The No. 62 Richard Childress Racing driver could be the dark horse in this Chase, as he won last at Kentucky in 2014.

The numbers, the track record and the personality are there for Gaughan. Will Saturday require nothing more than a consistent run out of the 41-year-old, or will he have to step it up and contend for a win? Either way, the high-side hero will be up for the task.

How Will Fresh Entry List Shake Up the Truck Race in Loudon?

With its eight-driver Chase field set, the Camping World Truck Series will also set sail into its first playoff this weekend at Loudon.

Unlike Cup or XFINITY, however, the Truck Series has no drivers with prior Chase experience as all eight embark on a whole new challenge together.

Despite veterans like Matt Crafton, Timothy Peters and Johnny Sauter, the scale is tilted toward the young crowd, with the other five men not yet reaching the age of 25.

Another positive for the series is the number of winners in the Chase. With William Byron taking a record-breaking five races in his freshman season, he joins John Hunter Nemechek, Crafton, Sauter, Christopher Bell and Ben Kennedy on the win list in 2016.

With the majority of the Chase field clearly having no issues winning races, how will this topsy-turvy entry list shake up Saturday’s UNOH 175? After all, there are a number of new or returning names to the Truck Series field this weekend, including Alon Day, who will make his series debut in the No. 71 Chevrolet.

Though these are fun names to see back, it’s time to talk about the contenders who emerge from the entry list. The top of them all has to be Brett Moffitt, who returns to the No. 11 after winning back at Michigan International Speedway. With a run of three straight top-3 finishes before his most recent start at Canadian Tire Motorsport Park, this series has clearly fit the 2015 Sprint Cup Rookie of the Year quite well.

The final name up for debate is Kaz Grala, the young K&N East driver who makes his seventh Truck Series start this weekend. Driving for GMS Racing, the 17-year-old has shown solid speed, finishing 11th or better in three of his six starts.

With a championship now on the line, a plethora of new faces will add another factor into surviving into the next round for the eight Chase drivers.