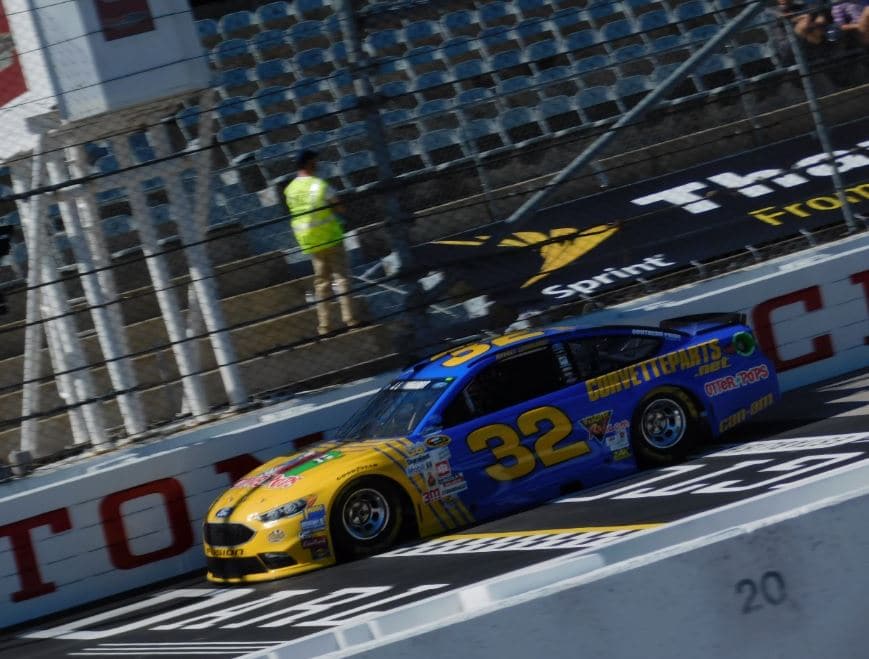 The NASCAR Sprint Cup Series returns to Darlington Raceway on September 4th for the Bojangles’ Southern 500. It’s another throwback weekend at the track “Too Tough to Tame” and nearly every team will be gunning to get its retro scheme into victory lane.

Here are a few suggestions to keep in mind when constructing your Darlington DraftKings lineup.

Kevin Harvick continues to have the highest fantasy points per race average, and is a heavy favorite to win on Sunday. Over his past five starts, Harvick has led 329 laps with an average finish position of 8.8. He won this race in 2014 during his first year at Stewart-Haas Racing.

Keselowski was the runner-up in this race last season after starting on the pole and leading a race high 196 laps. Keselowski’s aggressive driving style makes Darlington the perfect fit for one of the hottest drivers in NASCAR.

Martin Truex Jr. has three top-10s in his last five starts at Darlington. In 2015 he finished 9th. Last week while leading, the #78 team had another rough pit stop, which cost Truex a shot at his second win on the season. Truex is consistently one of the fastest cars on the track week in and week out.

Denny Hamlin is priced much lower than he should be at one of his best tracks. In 10 races, Hamlin has eight top-10 finishes, including a win in 2010. In three out of his last four races at the track, Hamlin has finished in the top three. Denny Hamlin is yet another Toyota with a shot of taking the checkered flag first Sunday night.

Jimmie Johnson’s cold steak could very well come to an end this weekend. Johnson has three wins at Darlington and has three top-5s in his last four races at the track. In 17 races, Johnson has 12 top-10s.

Newman was safely in the Chase on points until Kyle Larson picked up the win last week and bumped him below the cut line. He is only seven points behind Jamie McMurray for the final Chase spot, which is attainable for Newman, especially at Darlington. Newman has three top-15s in his last three races at the track, including two 10th places.

Kasey Kahne has four career poles at Darlington, but has yet to win a race at the track. Kahne will need some miracles to make the Chase on points, so it is all-or-nothing this weekend. Kahne has led laps in nine races here, including four of the last five.

McMurray is priced at great value this week and holds the final Chase spot above Ryan Newman by seven points. McMurray is the epitome of consistency as of late with three straight eighth-place finishes, and five top 10s in the last seven races.

Biffle has bounced back from a rough three-race cold streak as of late. An 11th-place finish last week marks his second in a row where he had a +10 position differential. Biffle is too far out on points to make the Chase this season, and is a long shot to win, but he is a good pick to place within the top-15.

With a front loaded DraftKings lineup, there needs to be a cheap option for the backend. In five starts at Darlington, Cassill has not finished outside the top-30. In 2015, he set a career high at the track with a 20th-place finish. In his past three Darlington races, Cassill has posted a positive place differential rating. Landon Cassill rolls to the green in 29th on Sunday night, so the odds are in his favor for another positive night.