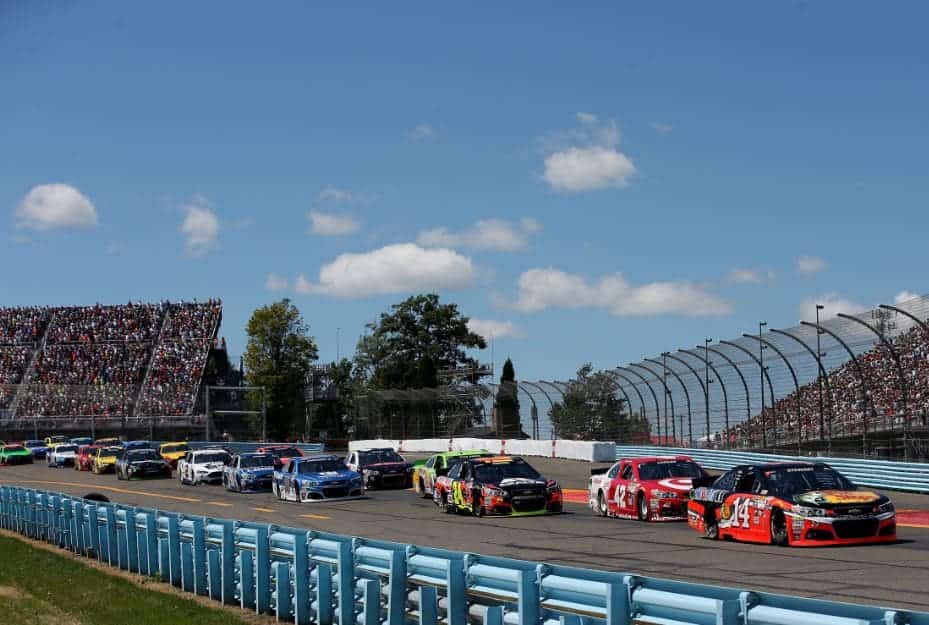 Will Strategy Be No. 1 in Newly Paved Watkins Glen?

Following a few years of some of the best racing in NASCAR’s history of road course racing, Watkins Glen International went through an upgrade during the offseason.

With a brand-spanking new surface from last year’s event, the 2.45-mile circuit will have a whole new set of challenges for NASCAR’s action this weekend.

But what will be most different?

With a smoother, faster surface, lap times will be a sure change from years past. Additionally, tire wear will be on a bit of a curve, with Goodyear bringing a harder tire that will gel with the fresh pavement on Sunday.

2014 Watkins Glen winner AJ Allmendinger pointed out the unknown of strategy and how it can be even more of a factor.

“The tires that Goodyear brought are very hard,” he said. “They don’t fall off and, in a way, they keep getting faster. Looking at that, there is going to be a lot of strategy whether you take no tires or it’s based on fuel.”

Saying strategy could be more important this year than ever before is a tall bar to clear. Last year, it was Kevin Harvick who ran out of fuel in the final two corners before Joey Logano swept by to claim the win.

Also, we’re only a week – actually only a few days – past a perfect strategy game played by Chris Buescher to win at Pocono Raceway. With only four races beyond the Glen before the Chase, you better be sure the chant will be simple: Outrun them, outsmart them or out-luck them.

How Much Will XFINITY Series Return Aid Trevor Bayne?

It’s been some time, but Trevor Bayne is back in the XFINITY Series. Following a XFINITY-less 2015 campaign while Bayne focused solely on his first full Sprint Cup season, the 25-year-old is going double-duty racing at Watkins Glen to better prepare himself for road racing.

Recapping his XFINITY career in road racing thus far, a best finish of ninth on three occasions stands as his strongest result through 10 starts.

In Roush Fenway Racing racecars – heck, in any racecar – the driver wants better results than that. Additionally, his three road course Cup starts saw finishes of 23rd, 25th and 22nd, respectively. Overall, there is something missing there, and at this point in the season, Bayne needs every point he can earn.

It’s a toss-up on whether or not Bayne can make it in on points; he sits 28 points behind the cutoff to the Chase. With five races left before it gets settled, he will need to show instant positive results to get in the Chase on the easier of the two paths: Points.

However, to keep to train heading north, Bayne could use some extra seat time at the Glen to get him set for an important Sunday.

Will Chris Buescher Grab 30th in Points at the Glen?

Sorry, but I had to put this question in here. Because it is, in fact, burning.

With Chris Buescher scoring that Pocono win, the Sprint Cup circuit has a darn cool story to follow for the next five weeks.

But unlike any time before, the Front Row Motorsports No. 34 will have solid TV time throughout each weekend, as analysts and people like me talk and see what he can do in terms of points.,

This weekend at Watkins Glen could easily be the place he slots into that much-needed top 30, with Buescher sitting six points behind 30th-place David Ragan.

With strong road course results in the XFINITY Series – three top 5s and a win in only six starts – Buescher will have prior Cup experience at the Glen, as he ran here last year toward a 37th-place finish.

The question is if he can stay there through the following four races. With heightened support from Ford and Roush Fenway Racing certain for the remainder of the regular season, Buescher will not change what he’s been doing since his debut in Cup in 2015.

It is something that has only been done before by legends of racecar driving. And with the exception of Scott Heckert for this weekend’s K&N Pro Series East race at Watkins Glen, a record-tying third straight win will not be found this time around.

This is good news for the East field, which will have one less road course ringer to beat to get that trophy on Friday afternoon. One driver in particular to look at will be Austin Cindric, who has already proved himself on the road in a number of series.

Driving the No. 39 Toyota for Martin-McClure Racing, the 17-year-old drove to victory at Virginia International Raceway earlier this season. Not only was that his series debut, but he also took the win in dominating fashion, leading 29 of the 55 laps from pole position.

Racing for a team that has already won twice in its part-time 2016 schedule, Cindric has brought his road racing background to a good place in MMR. With another shot at victory on Friday, Cindric, who has competed part-time for Brad Keselowski Racing in the Camping World Truck Series this season, could continue to make his name known in the NASCAR world.