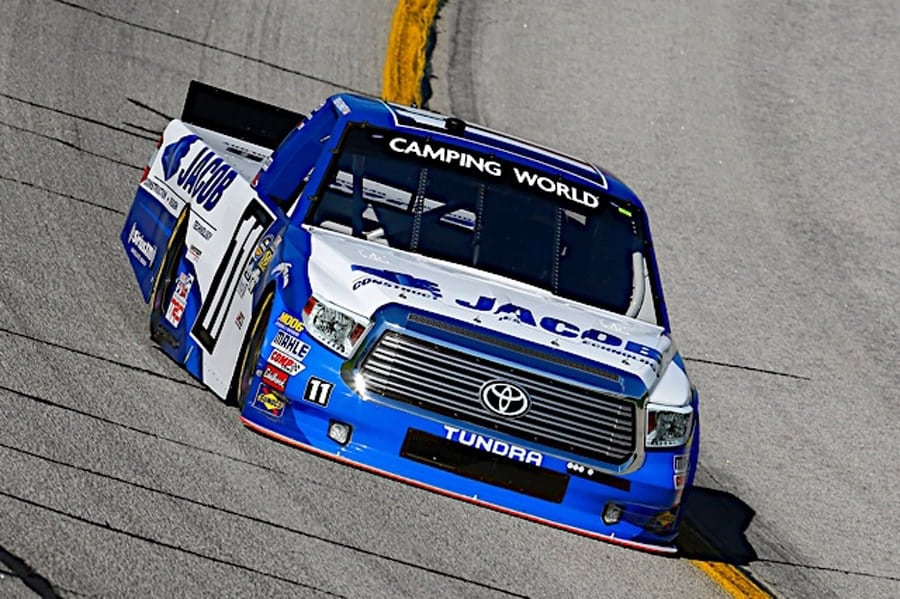 Red Horse Racing found its replacement for Ben Kennedy, at least for now.

Matt Tifft, who drives part-time for Joe Gibbs Racing and JGL Racing in the XFINITY Series, will drive the No. 11 Toyota Tundra for RHR in the next three Camping World Truck Series races: Kansas, Dover and Charlotte, according to Motorsport.

Tifft has 15 career CWTS starts, finishing in the top 10 on six occasions. His best finish in the series is eighth, a result he has duplicated three times.

He will drive the truck vacated by Kennedy, who parted ways with RHR last week after running the first three races with the team. His best finish in the No. 11 was 11th at Martinsville.

The news comes days before Tifft makes his Joe Gibbs Racing debut in the No. 18 at Richmond International Raceway in the XFINITY Series. The race will be his fifth career start.

A driver past Tifft’s tenure with the team has not been announced. Red Horse Racing also fields the No. 17 for Timothy Peters.