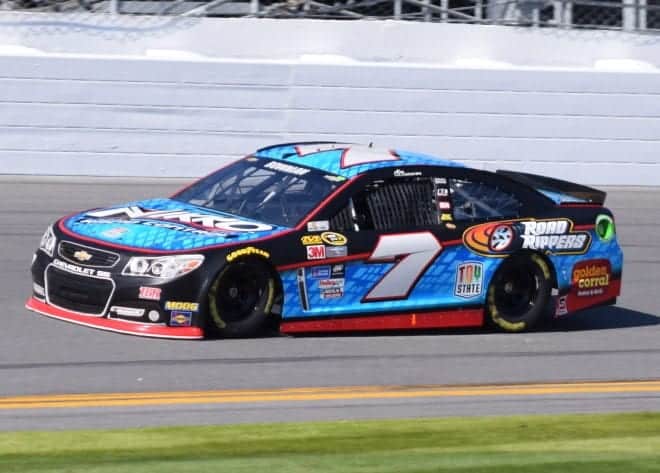 Tommy Baldwin Racing and Toy State announced a multi-year contract extension on Tuesday at the NASCAR Hall of Fame in Charlotte, N.C.

The agreement will again put Toy State on the side of the No. 7 Chevrolet driven by Alex Bowman in the NASCAR Sprint Cup Series.

Bowman and the Tommy Baldwin Racing team competed in 35 of the 36 Sprint Cup Series races throughout 2015. Toy State, a maker of R/C vehicles, served as a primary sponsor in 10 of those races. The rest of those were filled by either Golden Corral, Accell Construction or other various sponsors.

Bowman, 22, joined Tommy Baldwin Racing at the beginning of 2015 after a full-time stint in 2014 with BK Racing. Bowman’s best finish in 2015 came at the Talladega Superspeedway in May with a 16th-place finish. He also went on to score three top-20 finishes after only one the year prior with BK Racing.

The 2016 racing season will be a busy one for the Arizona native as he’ll pilot the No. 88 Chevrolet for JR Motorsports in nine NASCAR Xfinity Series races. The young driver will share the ride with Kasey Kahne, Dale Earnhardt Jr. and former Sprint Cup Series champion Kevin Harvick.