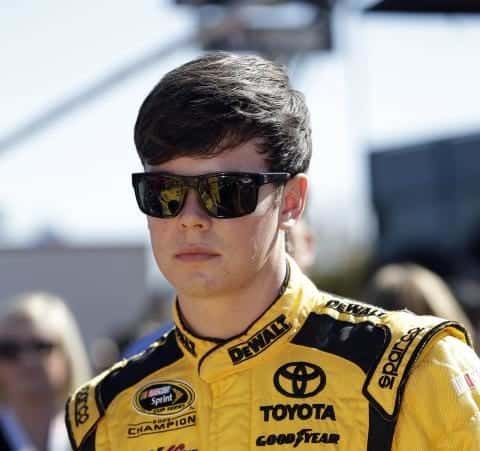 The drivers are in Texas and it sure has been an interesting few days leading up to the race this week. Matt Kenseth was suspended for two races for wrecking the race leader Joey Logano at Martinsville last week, and Truck Series point leader Erik Jones will pilot the No. 20 car in Kenseth’s place. Both Saturday practice sessions were cancelled as NASCAR battled weepers on the mile-and-a-half oval, and that makes picking the best drivers for NASCAR Fantasy Live significantly harder. This week I have had to rely on past performance history and previous performance at mile and a half tracks this season to determine my best lineup. So without further ado les get to the picks.

Logano looked to have the race in Martinsville in the bag until Kenseth made sure he would not be receiving the free transfer spot. The No. 22 had been the car to beat for the last four weeks, and I don’t think much will be different come Sunday. I would imagine in Logano has to be thinking the best revenge would be transferring and winning at Homestead. Look for the No. 22 to run up front for most of the race.

Harvick led 96 laps in the spring race at Texas Motor Speedway, so I look for him to be a factor here in the fall. The No. 4 car qualified in the second starting position, and Harvick has been fast every week he has qualified well. He currently holds a slim seven-point advantage over Carl Edwards for the final transfer spot with his arguably best racetrack coming up next week, and I would imagine the team has to like the position they are in right now.

With the limited amount of practice the teams have had this week it is hard not to put the polesitter on your team. While the number one pit stall doesn’t mean as much here at Texas as it did last week in Martinsville it is an advantage worth noting. I think the larger advantage will be the clean air that Bras will have to start the race. Brad ran well here in the spring race and I would expect him to back that performance up this week.

Scott starts 21st this week and has shown good speed when he has been in the No. 33 car in NASCAR’s premier series, and I would not at all doubt that he is capable of a top 15. I would have preferred if he had started a little bit farther back in the field but for $8, he works just fine this week.

Cassill is our back of the pack cheap driver this week. The No. 40 car starts 36th and should move up through the field with the help of a little attrition. Let’s hope Cassill keeps his car clean and finishes the race as there’s not a whole lot more to expect out of a backmarker.

Given the events at Martinsville and deficit Logano faces at this point, expect the No. 22 team will have a little extra kick in their step this week.