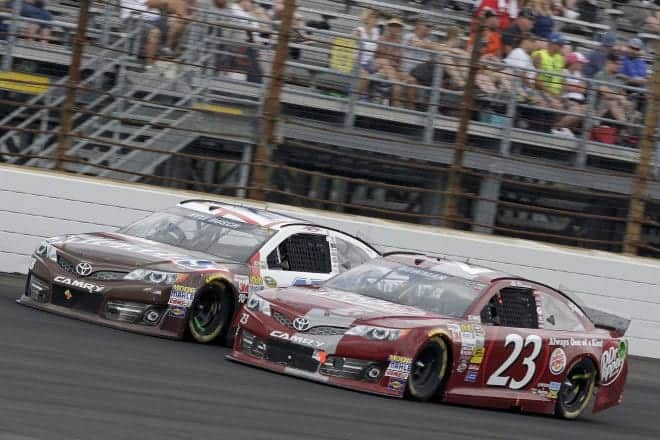 After Kyle Busch’s third win in four races at New Hampshire, the NASCAR Sprint Cup Series field is gearing up for one of the biggest races of the season.

2014 NASCAR Xfinity Series champion Chase Elliott will return behind the wheel of the No. 25 NAPA Auto Parts Chevrolet for Hendrick Motorsports. Elliott, 19, will make his first NSCS start at Indianapolis on the day teammate Jeff Gordon makes his final start. Elliott, along with Jeb Burton and Reed Sorenson, will be required to qualify into Sunday’s race on time.

Josh Wise will return to the Cup series after missing New Hampshire. Wise, 32, will look to make his first start in the No. 32 Brandeis Machinery Chevrolet for Go Green Racing after leaving Premium Motorsports (PM) last week. Wise’s replacement in PM’s No. 98 Ford is currently unknown. Timmy Hill piloted the machine at New Hampshire.

Brian Scott will make his first start since finishing 42nd in the Coke Zero 400, piloting the No. 33 Chevrolet for Circle Sport Racing.

The NASCAR Sprint Cup Series will return to the Brickyard on Friday, July 24 for three practice sessions before returning on Saturday for Coors Light Pole Qualifying at 1:10 p.m. ET. Coverage for the Crown Royal Presents the Jeff Kyle 400 will begin on Sunday at 3:30 p.m. ET on NBC Sports Network.