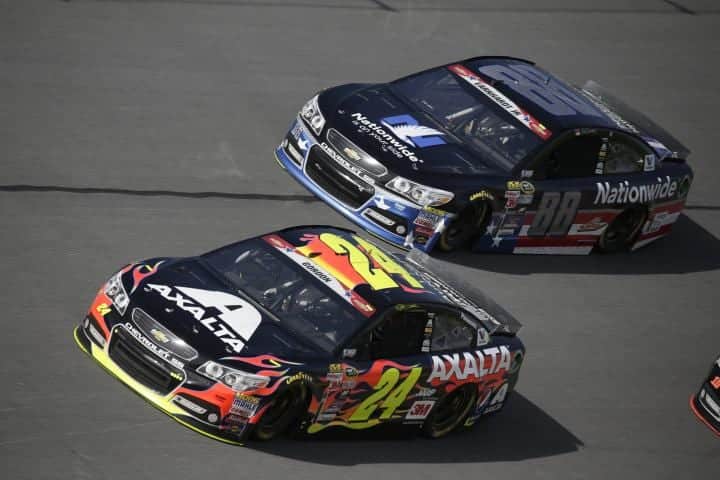 For the Sprint Cup Series teams, Friday was supposed to be a day of preparation for this weekend’s qualifying and racing.  However, for a number of teams, Friday ended up being rather painful.

Roughly 10 minutes into the session, Brad Keselowski had contact with Kyle Busch in turn 2. Busch’s Interstate Batteries Toyota then spun in front of a pack of other drivers. Ryan Newman, Denny Hamlin, Martin Truex Jr. and Greg Biffle all proceeded to pile in. Busch then came down the track and was hit by Sam Hornish Jr.  Carl Edwards spun after being hit from behind, while Jamie McMurray, Trevor Bayne and Michael Annett were also involved.

All 10 of the drivers involved were OK. Most drove their cars back to the garage. However, all have chosen to go to backup cars. Only Hamlin was able to get his backup car out on-track prior to the end of the session.

Afterwards, Busch was not exactly pleased with Keselowski after viewing a replay.

“…[Keselowski] got into my left rear and he got away unscathed and trashed everybody else’s stuff,” Busch said in the garage to the assembled media. “All these guys at the shop… work way too hard building racecars in general to be wrecking them in practice. There’s room to lift and sometimes, people don’t.”

Prior to the big crash, Dale Earnhardt Jr. turned in the fastest lap of the session with a lap of 202.284 mph as part of the big pack. Austin Dillon was second fastest, followed by Clint Bowyer. Paul Menard was fourth quickest, while Bayne rounded out the top five in his primary car.  All of the top-five times were set in the opening 10 minutes of the session prior to the crash.