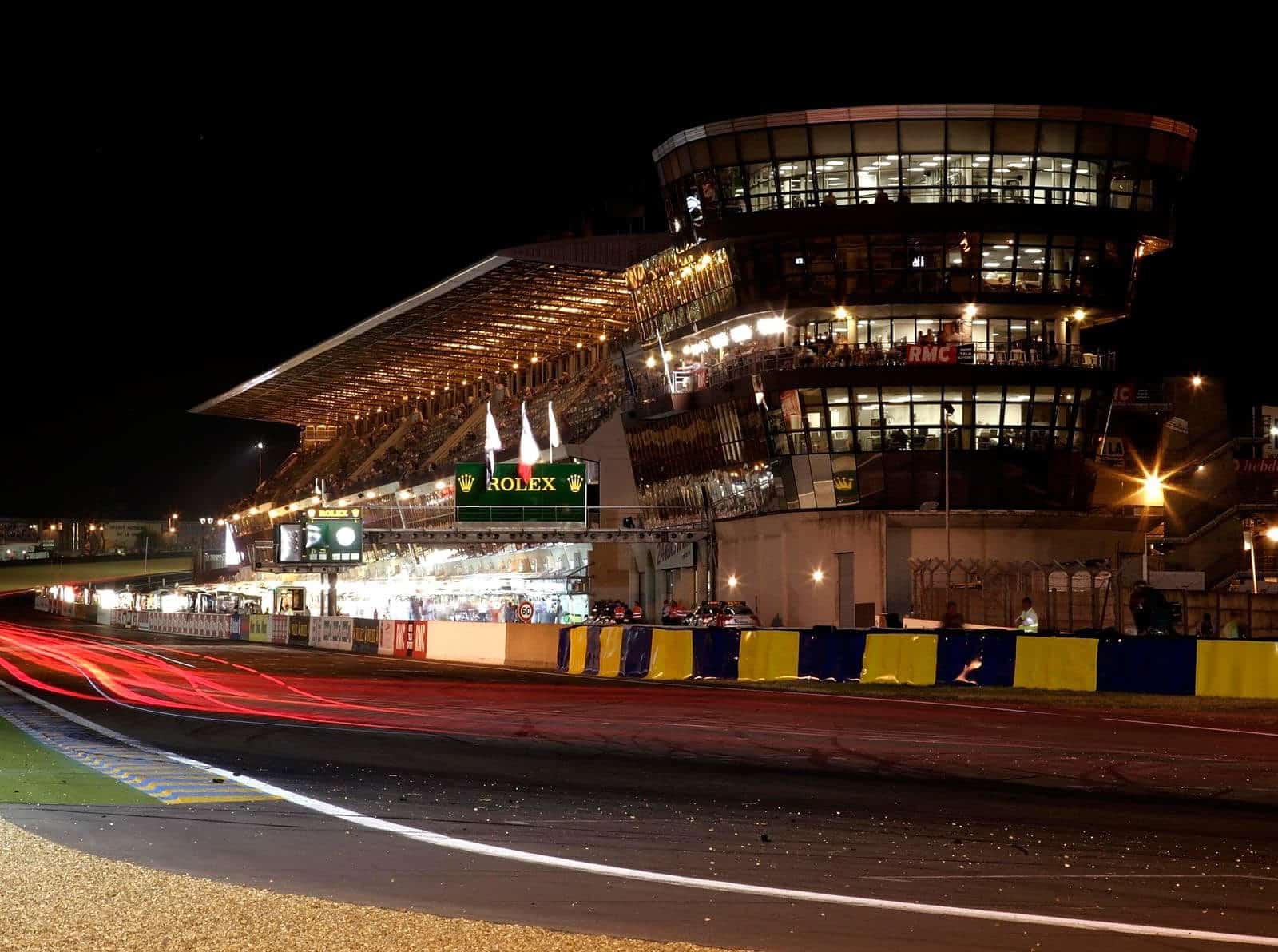 On Thursday night, the final qualifying sessions were held for the 24 Hours of Le Mans, due to start at 9 a.m. Saturday morning. Unfortunately for the top teams, conditions were not really conducive to improving times. As a result, most of the fastest drivers from Wednesday’s first session stood on their times.

Porsche’s sweep of the top three has the No. 17 entry shared by Timo Bernhard, Brendon Hartley and former Formula 1 driver Mark Webber starting second with a time of 3:17.767 (154.163 mph), while Force India regular Nico Hulkenberg plopped the No. 19 entry that he’s sharing with Nick Tandy and Earl Bamber third on the grid. The Audi R18 e-tron quattros occupy positions four through six with the No. 8 of Loic Duval, Oliver Jarvis and Lucas di Grassi fastest of the lot. The two Toyotas are just behind the Audis. The Nissans will be starting quite a ways down the order as none of the unique front-engined prototypes were faster than the fastest P2 prototypes.

In P2, Richard Bradley turned in a lap of 3:38.032 (139.835 mph) on Wednesday night to win the class pole for KCMG in their No. 47 ORECA05-Nissan. The lap was fast enough for 11th overall, despite being over 21 seconds off the overall pole. Bradley will share his car with Matthew Howson and former Toyota factory driver Nicolas Lapierre. The No. 41 Greaves Motorsports Gibson 015S was second, while the defending class winners from Jota Sport were third quickest.

The GTE classes saw Aston Martin win the pole in both GTE-Pro and GTE-Am. In GTE-Pro, the No. 99 Hanergy-sponsored Aston Martin V8 Vantage shared by Alex MacDowall, Richie Stanaway and Fernando Rees turned a lap of 3:54.928 to win the class pole. Just two tenths of a second back was the No. 98 GTE-Am Aston Martin shared by former F1 racer Pedro Lamy, Paul Dalla Lana and Mathias Lauda. Remember that GTE-Am entries must have only one “professional” driver, meaning a gold or platnium-rated driver and must use a car that is at least one year old.

Thursday did see the American contingent lose one of their entries. The No. 63 Chevrolet Corvette C7.R in the GTE-Pro class was forced to withdraw after Jan Magnussen crashed hard in the Porsche Curves. Magnussen suffered a mechanical failure that shot him into the outside wall right-front first. The Corvette then spun back around and hit the wall on the other side of the track with the right side. Magnussen was examined by medical staff at the track and has been released. The team does not have a spare chassis on-site that could be built up by Saturday. As a result, Corvette Racing’s fortunes rest solely with the No. 64 C7.R shared by Jordan Taylor, Oliver Gavin and Tommy Milner, who qualified eighth in GTE-Pro.

The 24 Hours of Le Mans is scheduled to start at 9 a.m. ET on Saturday morning. The entire race will be covered on the FOX family of networks.