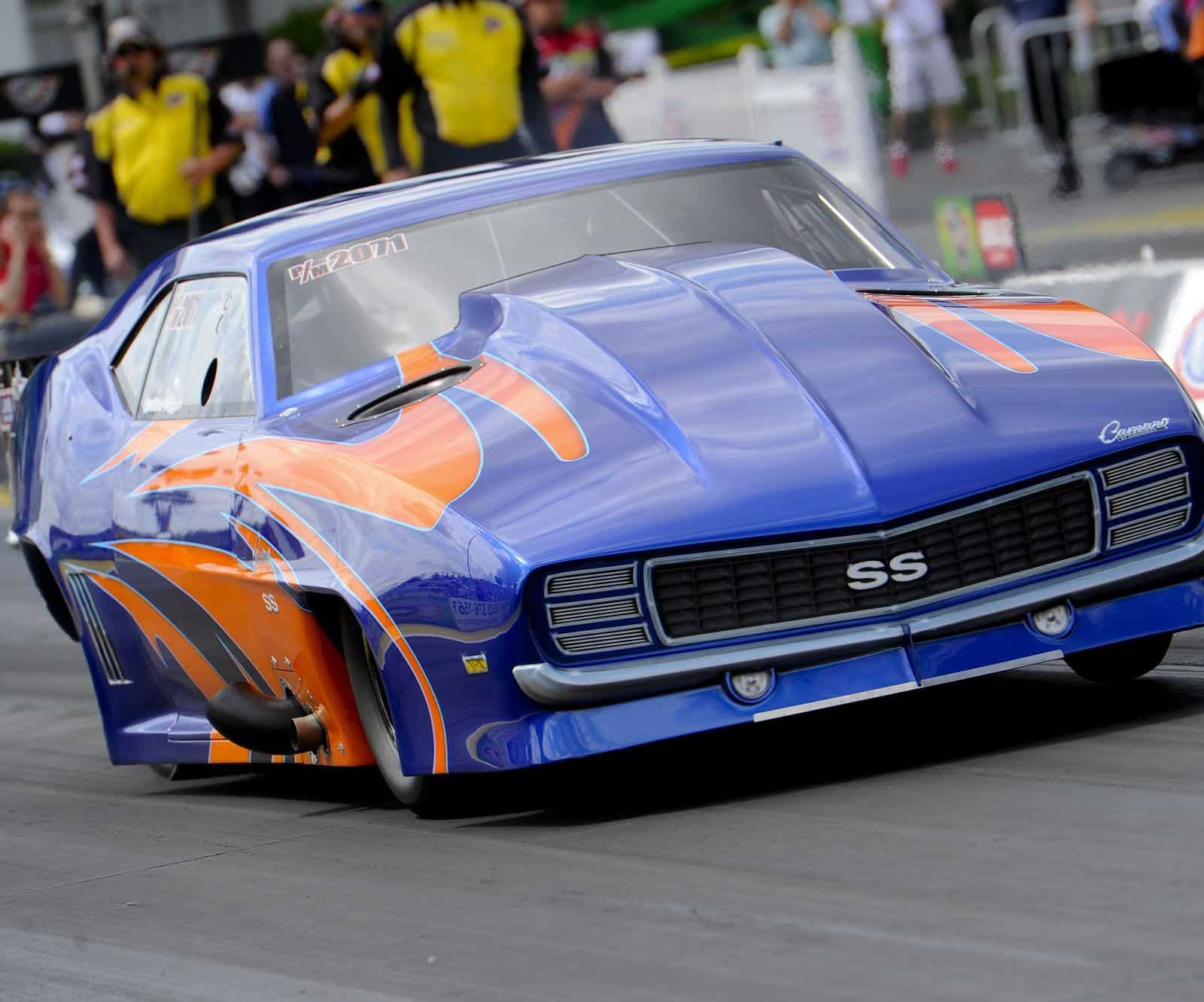 After touching upon the issue of television and ratings, let’s do a little math this week. First, some numbers for you to play with. The cost to run a competitive Pro Stock car, per Elite Motorsports owner Richard Freeman earlier this season when talking about the shortfall for defending champion Erica Enders‘s car, is $1.5-$2 million at least. Obviously for a Nitro car, it’s more, bur for this example, let’s just focus on that Pro Stock number.

Still, there is sponsorship to cover the rest. Find a sponsor to put its name on the car. It’s advertising for them so it’s a great deal! More numbers coming at you. NHRA elimination broadcasts average about a half million viewers each. The 2015 Super Bowl had over 114 million viewers. A 30-second ad during the game cost $4.5 million. Heck, you could sponsor two Pro Stock cars for that amount, right? Except that amount delivered 114 million unique eyes for 30 seconds.

Do you see the problem? Return on investment is the name of the game and how many viewers are tuning in is a big part of the equation. At a half-million viewers per event, you’d have to have 228 NHRA broadcasts to deliver the same exposure, and that’s if the car appeared clearly on camera for 30 seconds during each. That’s overlooking the fact that the half-million viewers are probably not unique viewers, but mostly the same ones each race.

On another related note, the commentary in this space last week about the ESPN television coverage struck a bit of a chord. One comment said that NHRA fans get hosed by ESPN on a regular basis. With that in mind, fair warning that NHRA viewers are, as that reader put it, getting hosed once again this weekend. Originally scheduled for a 9 to midnight slot, already a push for those getting up for work on Monday, coverage has been moved to a 10 p.m. to 1 a.m. slot. Why did it get pushed back? College baseball. I’m just going to leave that here. Do with it what you want.

Driver of the Week: Larry Morgan

Some Things Most People Don’t Know About Larry: Larry made his first start in Pro Stock at Pomona 1 in 1987. He will reach a huge milestone this weekend in Englishtown, when he becomes just the third driver to reach 600 starts in NHRA drag racing. He actually got his first car when he was just 12 years-old, as payment of a $20 debt owed to him by the owner of a garage where he’d been sweeping floors. The car was not quite finished, but Morgan knew how to weld and completed it so he could do burnouts. He began his actual racing career at his local drag strip when he was 16.

Lot’s of crazy things happen to race car drivers at the race track, both on the track and in the pits. This week Matt Hagan talks about some of the more unusual things that have happened to him.

This weekend the NHRA J&A Service Pro Mod Series is also on track at Englishtown. One thing that makes this very popular class interesting is the options available for additional power. In the Top Fuel and Funny Car categories, the engines use superchargers for an extra boost. Pro Stock cars do not use any extra system, they run on just pure engine. Pro Mod cars on the other hand come with several options. They can use superchargers like Top Fuel and Funny Cars, or they can opt for turbochargers instead. They can even opt for nitrous oxide systems. Which one is best? There’s all sorts of debate on this topic, but there are teams using all of them in the category so it’s hard to say if any have a clear advantage. Mostly it comes down to what a driver is comfortable with it would seem. One final note, don’t confuse nitrous oxide with nitromethane (Nitro for short), the fuel Top Fuel and Funny Cars run on. They aren’t the same thing.

NHRA drag racing returns to action this weekend, June 4-7, for the Toyota NHRA Summernationals at Old Bridge Township Raceway Park in Englishtown, New Jersey. If you like your drag racing extra fast, don’t miss this one. This track tends to see some of the best times and speeds of the year. Please note that the broadcast time has been changed from what was listed last week.

***Win a VIP NHRA experience with Ron Capps and the NAPA Auto Parts team at the NHRA Thunder Valley Nationals in Bristol! Click here for more details and to enter.

Thanks, I checked DVR and DirecTV still shows the original start time. You reminded me to add 3 hours to the recording end time. Now if they can just keep it on ESPN2…

I will be following your lead with my DVR from now on too!