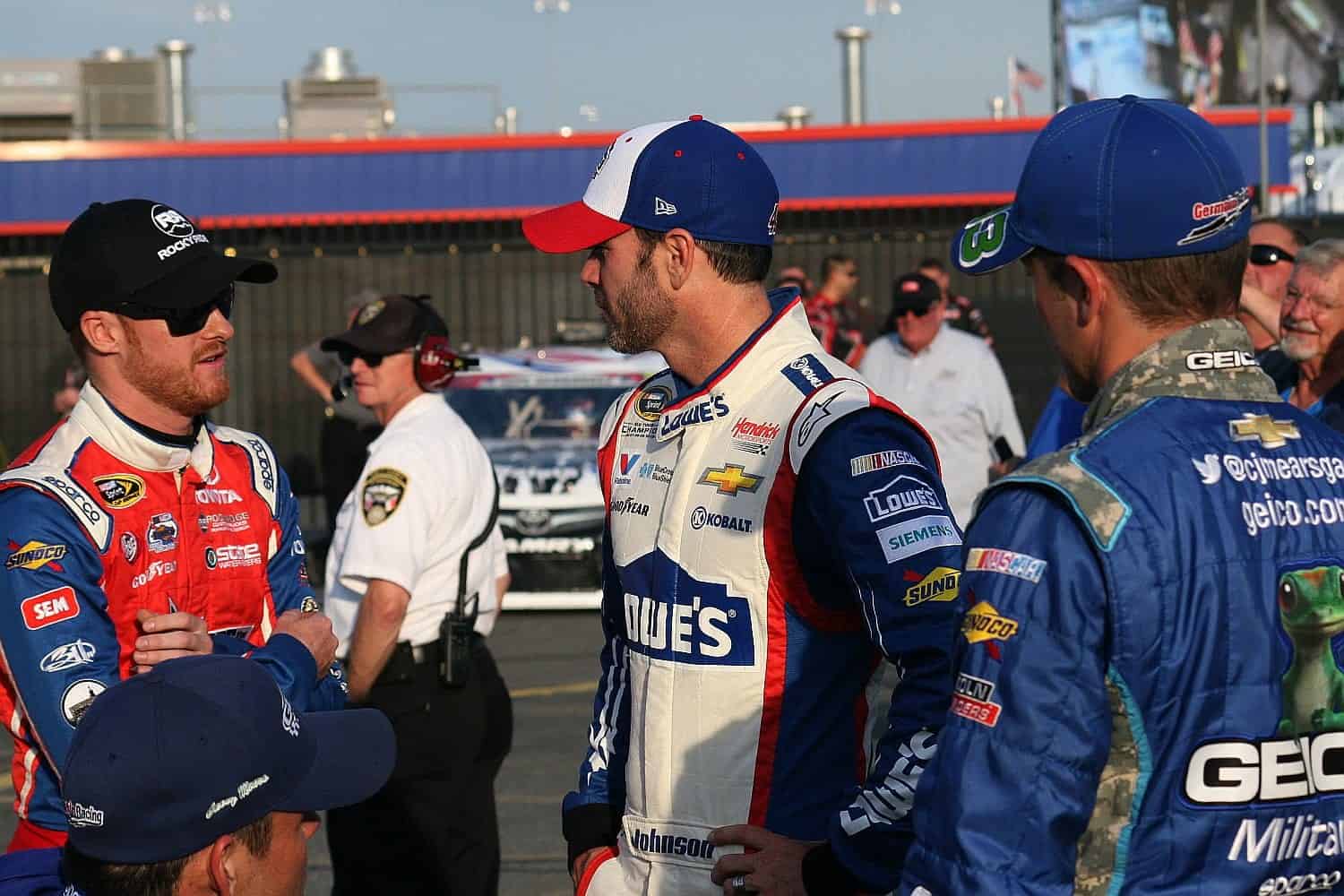 This weekend marks the 56th running of the Coca-Cola 600, or, for longtime fans of the sport, the World 600. The premise of the race when it first began was simple: pit man against machine. What would tire first: an overworked engine or a weary driver? 400 laps of exhausting wrestling of the steering wheel for a driver, 400 laps of excitement and celebration for fans.

The format was a hit, and it gave Charlotte Motor Speedway something to call their own. While Daytona and Talladega celebrated the raw speed of a car, and Darlington tested the physical and mental capabilities of the driver, Charlotte would become the proving ground for an entire team — that it took place in the backyard of NASCAR just made the celebration even bigger.

Over the years, 31 drivers have etched their names into Coca-Cola 600 history, with Darrell Waltrip making the most trips to victory lane with five. Some of these winners’ performances were so dominant that they’ll be remembered for years to come.

It’s been said that nobody remembers who finishes second, or fifth, or last, for that matter. But in some years, those drivers put on the dominant race. Below are the top ten most dominating performances, regardless of final finishing positions.

The 1964 running of the World 600 is best known as the last race that Fireball Roberts would ever run; a terrible crash on lap 7 burned Roberts and he died months later from complications. While the winner of the race would become a footnote to history, Jim Paschal ran a strong race and soon found himself in the lead after taking the green flag in 12th. Running the No. 41 for Petty Enterprises, Paschal led 126 of the race’s 400 laps, a fair amount but nothing overly dominant. Why the inclusion on the list? He took the checkered flag over four laps ahead of teammate and second-place finisher Richard Petty.

Neil Bonnett would eventually win the race, but Dale Earnhardt Sr. led a lot of laps early on in the 1982 running of the race. What made that such an interesting occurrence was the fact that he couldn’t seem to catch a break in 1982, failing to finish four races before Charlotte. Despite starting 15th, Earnhardt would lead 122 laps early on. He ultimately broke a gasket and was able to only complete 279 laps, earning Senior a laps led percentage of 43.73%. He finished the race in 30th, another DNF (he would eventually earn 15) on the season.

Bonnett would go on to win the World 600 in 1982 and 1983, but it would have been three years in a row had he not crashed out of the race in 1981. He won the pole but didn’t consistently lead laps until lap 38; from there, he led 124 laps, trading the lead with Harry Gant, Waltrip, Petty, and eventual winner Bobby Allison off and on until crashing on lap 210. Out of the laps he ran, Bonnett led 63.33% of them, the 13th highest percentage of laps led in the race’s history.

Awesome Bill from Dawsonville missed winning the 1985 running of the 600, which would have netted him $1 million in the Winston Million program (he would later wrap up the prize on Labor Day weekend at the Southern 500). He gave it his best shot again in 1987, starting on the pole and leading early and often. But like his 1985 race, this one too would end up in disappointment when it came to securing victory. He was leading up to lap 266 but crashed out. He would complete lap 267 before retiring. He wasn’t alone; 25 cars did not finish the race.

Allison and his brother Donnie were the only two drivers to finish on the lead lap during the 1971 running of the World 600. Bobby took the win by a margin of 33.9 seconds after starting second. He only led five of the first 24 laps, but when he got the lead for good, he was rarely challenged. 303 of 400 laps: that’s how many he would lead before the day was over. It would be the first of three wins in the sport’s longest race (1981, 1984 being the others).

Kyle Busch seemed to have victory of the 2009 the Coca-Cola 600 well in his hands, but Mother Nature must not be a Rowdy fan. After the postponement of the race to Monday and two cautions during the running for rain, a third caution for the wet stuff came out on lap 222. Up to that point, Busch had led 173 laps. Figuring they would eventually go racing again, Busch and crew chief Steve Addington brought the car down pit road and serviced the vehicle, handing the lead to David Reutimann. On lap 227, NASCAR called the race. Despite leading over 75% of the laps run, Busch went home empty-handed. He is still looking for a win the marquee race.

Rusty Wallace was never seriously challenged for the victory in the 1990 Coca-Cola 600, although no one seriously thought the future Hall of Famer would be a factor at all. Up until Charlotte, Wallace had five top ten finishes but three finishes below 20th and two DNFs. He qualified ninth and took the lead on lap 34. He would lead for 303 of 400 circuits, one of just five drivers to accomplish that feat.

Petty and David Pearson earned one of their whopping 63 1-2 finishes during the 1977 World 600 and also happened to be the only drivers finishing on the lead lap. It became apparent early on that Pearson would be the only driver to challenge Petty that afternoon; Pearson would lead 18 of the first 23 laps and 64 on the day. Petty, however, was in a completely different zip code and led Pearson by 30.8 seconds when the checkered flag flew. “That was the best the car’s run in a long, long time,” Petty told the AP after the race. He won just north of $69,000 for his victory.

Paschal’s second inclusion on the list is for his performance in 1967 when he led 335 of 400 laps, including the last 240 laps of the race. One of just three drivers to finish on the lead lap, Paschal beat Hall of Famers Pearson and Bobby Allison to the checkered flag by over five seconds.

It’s considerably harder to dominate a race in the modern era of NASCAR; teams are better funded, cars are built better, and there are multiple ways to keep cars on the lead lap. This is what makes Jimmie Johnson’s assault on the field in 2004 a once-in-a-lifetime accomplishment. Johnson won the pole and led a whopping 334 laps, or 83.50% of the entire race, against a field that included the best of the previous generation — Wallace, Dale Jarrett and Mark Martin — against the “Young Guns” — Ryan Newman, Matt Kenseth and Dale Earnhardt Jr. Not to mention Jeff Gordon and Tony Stewart. This was the second of three straight Coca-Cola 600 victories for Johnson.

For many of us who’ve been fans since Fireball, Smokey, and Junior were part of the Daytona 500, it’s WINSTON Cup.