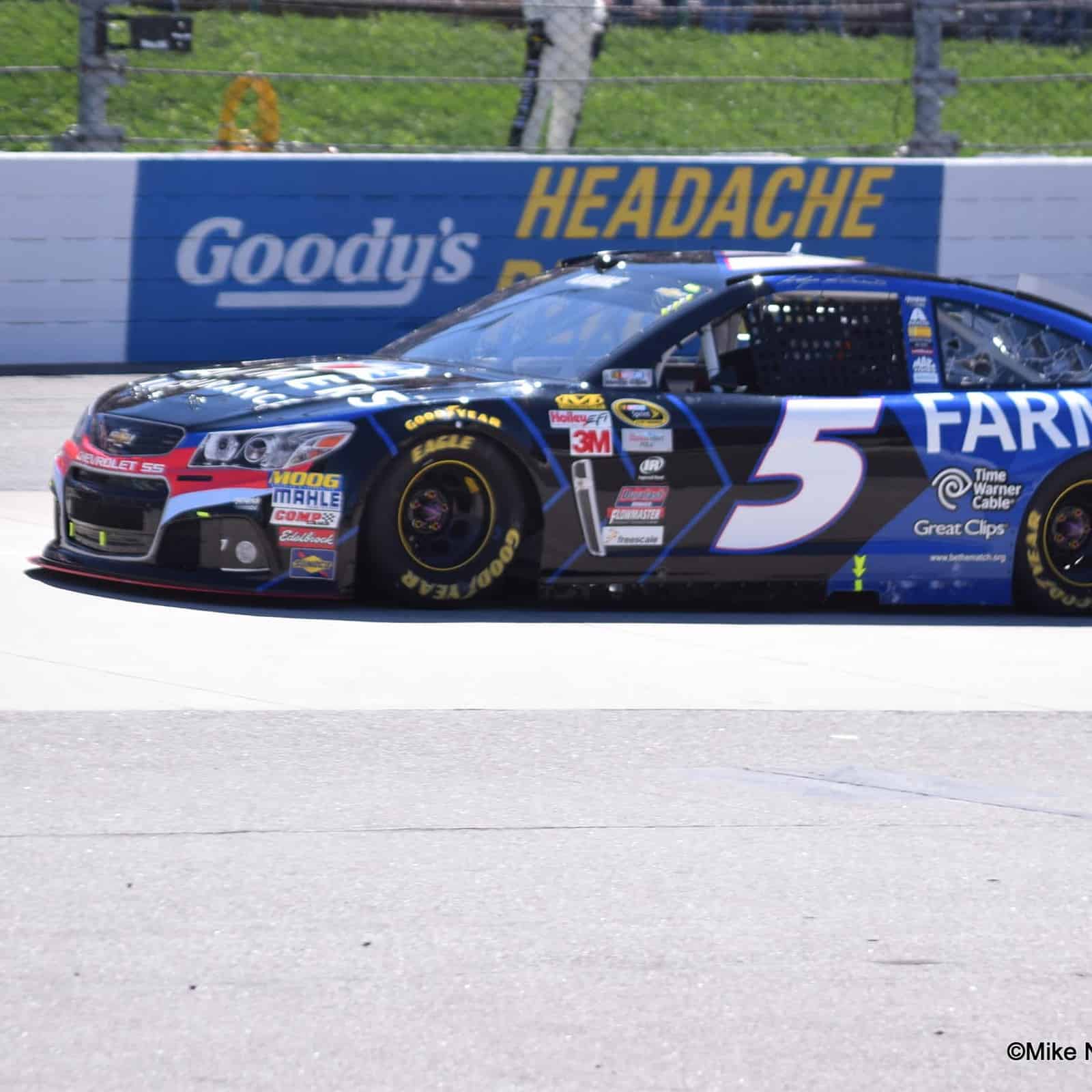 Hendrick Motorsports swept the top two spots and put three of its four drivers in the top 10 during the final practice session for Saturday night’s Duck Commander 500. Kasey Kahne and Jimmie Johnson topped the leaderboard, running 1-2 as the only drivers to break the 190-mph mark. Jamie McMurray ran third quickest, followed by Denny Hamlin. Casey Mears rounded out the top five as one of three single-car teams to break into the top 10.

Ryan Blaney came in sixth behind the wheel of the No. 21 Wood Brothers Ford, followed by Dale Earnhardt Jr. Kurt Busch, Alex Bowman and Ryan Newman rounded out the top 10. Though Joey Logano began the session at the top of the charts, he dropped to 26th quickest. Meanwhile, Martin Truex Jr., who led the first practice, dropped to 17th on the speed charts.