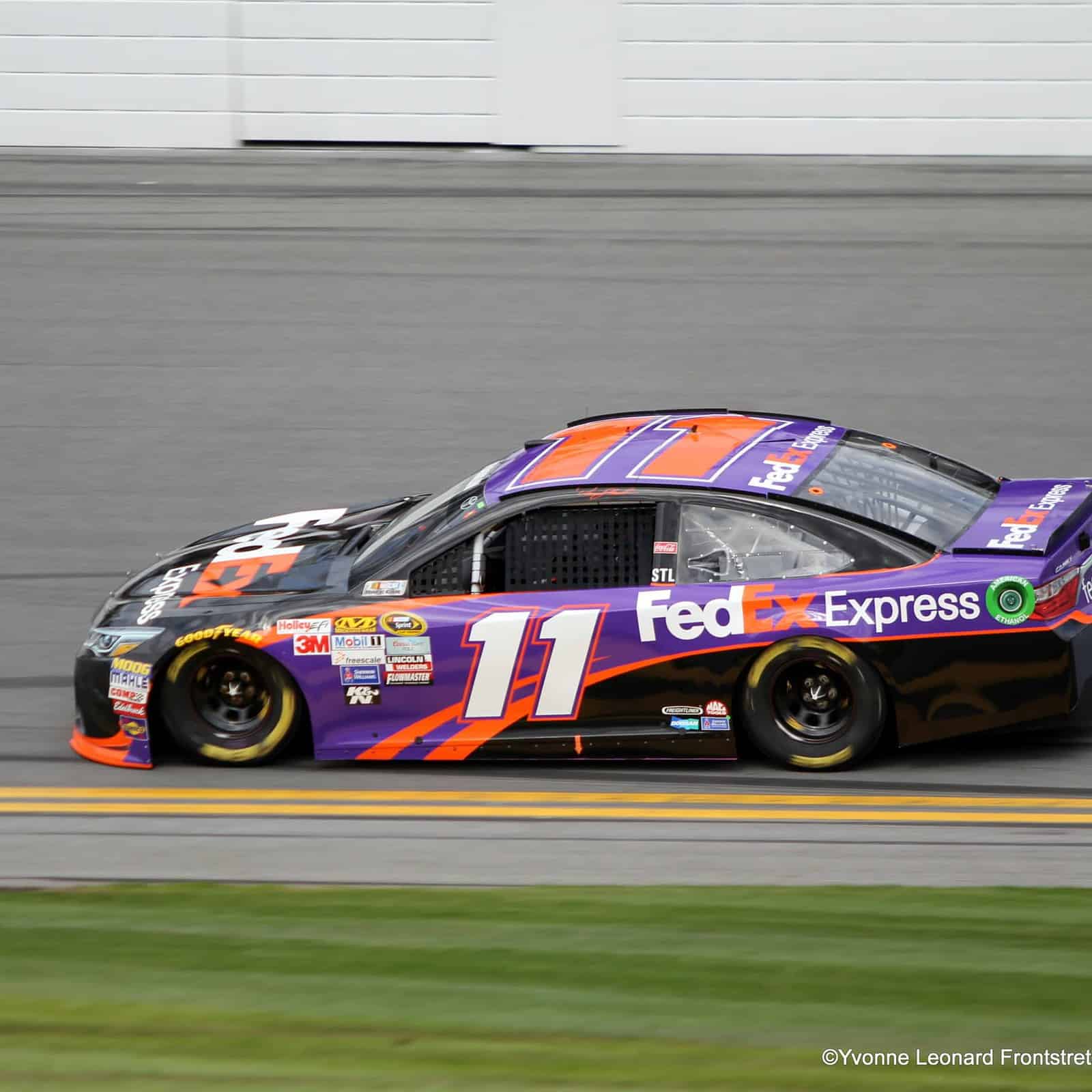 The final practice for the 57th Annual Daytona 500 is in the books. Denny Hamlin tripped the clock in 44.531 seconds for a speed of 202.106 mph to lead all drivers. Hamlin logged 24 laps with the 11th being the fastest in the session. His speedy times continue to back the belief during Speedweeks that the Joe Gibbs Racing Toyotas are the co-favorites, sharing the honor with the four-car Hendrick Motorsports operation.

The only other driver over the 202 mph barrier was Kasey Kahne, logging a lap of 44.549 seconds at a speed of 202.025 mph to take second-quickest. Greg Biffle was third at 201.853 mph with a lap that took 44.587 seconds. The new driver of the No. 9 Richard Petty Motorsports Ford, Sam Hornish Jr. slotted in fourth while David Ragan rounded out the top 5.

35 cars took times in the last practice before the Great American Race. JJ Yeley was the slowest in the session at 187.586 MPH with a lap that took 47.978 seconds to complete. Kyle Larson turned the most laps in the session with 38 circuits, while Yeley and Johnny Sauter each turned two laps for the fewest in the session. Regan Smith was 30th-quickest, turning his first laps in the No. 41 Chevrolet in preparation for the Daytona 500.